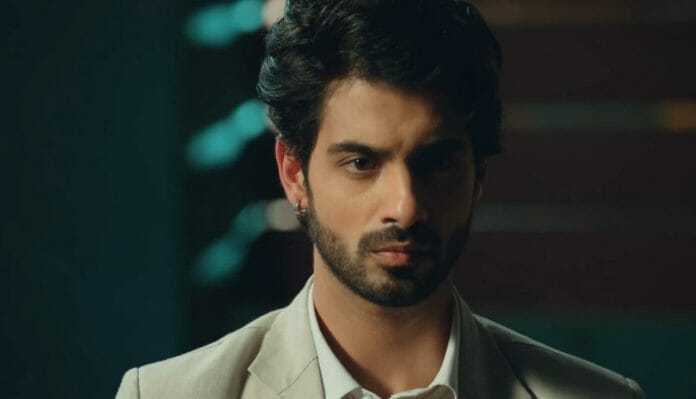 Abrar Qazi and Sargun Kaur Luthra starrer Yeh Hai Chahatein is one of the top Star Plus show because of the interesting storyline. The twists and turns of the show have glued us to the screens. Now, Ruhi and Saaransh attends masquerade party to meet Preesha. Rudraksh also comes there to find Armaan so it will be intriguing to watch that what going to happen in the future episodes.

In the current track, Pihu informs Preesha that how Vidyut saved her from theif. Preesha gets worried and tells her that the latter should not go to college alone. Pihu tells her that it was a small incident and they should forget about it.

Ruhi tells Saaransh that how she saw Preesha in the hotel and how Preesha ignored her. She cries asking that if Preesha forgot her. He tells her that Preesha would not have saw her. She tells him that they can’t go to hotel because of Rudraksh. She informs him that tomorrow Preesha attending a party.

They decides to meet Preesha in the party. Meanwhile, Preesha tells Pihu that she saw a kid in the parking area and felt some connection. She adds that she wanted to hug that kid and her heart broke seeing that kid sad. Pihu tells her that the latter would have felt like that because she is good person and can’t see anyone sad.

Rudraksh scolds Private investigator for not giving any information about Preesha yet. He asks him to find out that why Armaan returned to Delhi and where is he staying now. Armaan tells Preesha that they should return to Mumbai. But Preesha refuses and informs him about theft incident. She adds that they can’t leave Pihu alone. Private investigator tells Rudraksh that Armaan staying in the Cupola hotel with his family.

He informs him about the party which Armaan going to attend tomorrow. Rudraksh realises that he is also invited for that party. He decides to attend that party and he informs about his decision to Vanshika. Later, Rudraksh and Ruhi eats ice cream in the middle of the night.

In the upcoming episode, Saaransh and Ruhi will reach the party venue. Thakkurs will wear mask. Rudraksh will dance with Preesha. He will take her aside and he remove her mask. Armaan will see that.

Did Rudraksh saw Preesha’s face? Will Kids spot Preesha in the party?