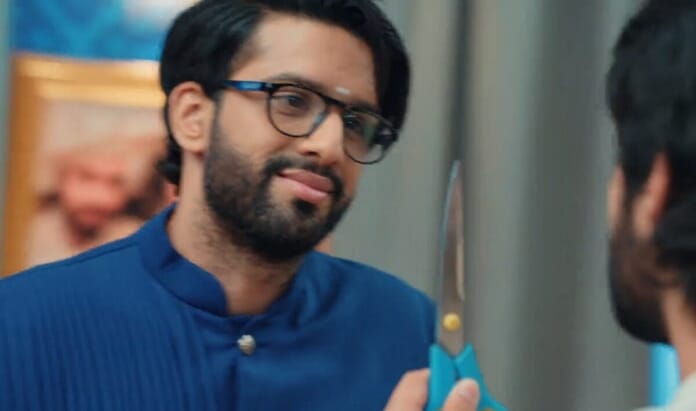 Star Plus show Yeh Hai Chahatein is always on top because of the interesting storyline. The twists and turns of the show have glued us to the screens. Now, Rudraksh got Venky’s medical report to expose him in front of Preesha so it will be intriguing to watch that what going to happen in the future episodes.

In the current track, Param compliments Mishka and she gets happy after learning that red is his favorite color. Rudraksh drags Preesha aside and tells her that they should marry every year with all the functions. She tells him that they have marriage anniversary for that and leaves from there. Vidhi applies mehndi on Mishka’s hand on behalf of groom side to begin the function. Venky takes the scissors he used to tore Mishka’s dress and he puts it in the sweet box and throws it in dustbin. Rudraksh asks Preesha that why she didn’t apply mehndi yet. She tells him that she is busy so she can’t apply now and leaves from there.

After some time, she sees his hand and gets surprised seeing ‘Rusha’ on his hand. She also writes ‘Rusha’ on her hand to express her love to him. Later, Servant gives sweet box to Rudraksh which has scissors and he removes Mishka’s dress piece from it. He watches kitchen footage and sees Venky throwing that sweet box in the dustbin. He wonders that why Venky ruined Mishka’s dress and he confronts him. Venky tells him that the latter don’t have any evidence to prove that, there was scissors in that sweet box so Preesha won’t believe him. Rudraksh apologizes to him for the misunderstanding and realizes that Venky using Preesha’s emotions.

In the upcoming episode, Preesha will hear Rudraksh talking to Dr Radha. Next day, Rudraksh will get Venky’s report and will decide to inform Preesha that Venky became normal completely.