Now, Rudraksh knows about Vasudha’s kidnap and Kabir’s betrayal so it will be intriguing to watch how he is going to get Saaransh’s custody.

In the current track, Mishka and Kabir stops Rudraksh and Preesha from meeting Saaransh. Rudraksh tells them that Saaransh is his son and none can stop him from meeting his son.

Kabir tells him that now Saaransh is his son because court gave his custody to him and he knows that Rudraksh will create nuisance like this and gives court’s special order to him saying that if Rudraksh went against court order then he will end up behind the bars again. Yuvraj and Preesha stops Rudraksh.

Later, Vasudha reveals about her kidnap to Khurana’s. After some time, Saaransh gets relieved seeing Vasudha and reveals about blackmail. Preesha and Rudraksh consoles the crying Saaransh.

Mishka learns that Saaransh is not in his room and informs about it to her allies and gets worried thinking what if he revealed the truth to Preesha and Rudraksh.

Rudraksh decides to go to supreme court for Saaransh’s custody. Later, Mishka threatens Saaransh when he refuses to have food.

In the upcoming episode, Judge will say to Rudraksh that he is feeling bad for Saaransh but he can’t do anything to help them and will inform him about his retirement.

Preesha will see Saaransh so she will move towards him. But Mishka will stop Preesha from meeting Saaransh. Rudraksh will meet Reema and will question her.

What will be Reema’s answer? Will Rudraksh get evidence against Kabir? 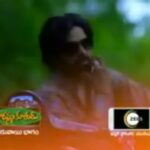