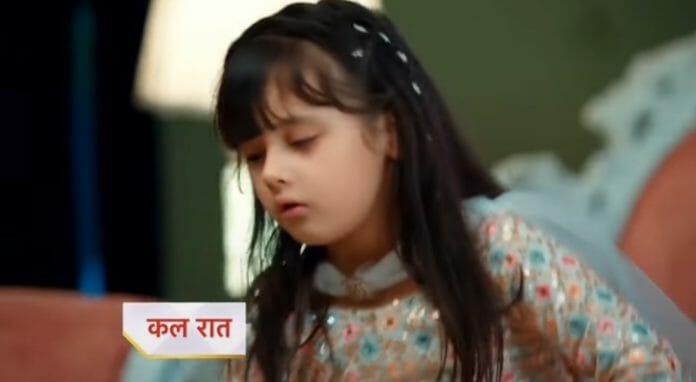 Abrar Qazi and Sargun Kaur Luthra starrer Yeh Hai Chahatein is one of the top Star Plus show because of the interesting storyline. The twists and turns of the show have glued us to the screens. Revati’s plans getting flopped so it will be intriguing to watch that what going to happen in the future episodes.

In the current track, Preesha asks Saaransh that why he seems upset. He tells her that Rudraksh told everything about Rajeev’s murder. She apologizes to him for not informing him. He says that she has done so much for him and that’s what matters for him. She hugs him. Revati reminds Ruhi about Rudraksh’s gift. Ruhi tells Saaransh that they should give the guitar to Rudraksh. Preesha asks them about the guitar. Saaransh says that he ordered limited edition guitar for Rudraksh. Ruhi gives the guitar to Rudraksh saying that it’s her and Saaransh’s gift.

He gets emotional and smiles seeing the guitar and says that he always wanted to buy this because it’s a limited edition. He hugs Ruhi and Saaransh. Kids asks Rudraksh to sing a song. Rudraksh takes Preesha to the stage and sings ” Will you marry me ” song. Then he picks the guitar and plays it. But faints because of shock. Revati recalls that how she cut the wire and smriks.

Sharda says that they should admit Rudraksh in the hospital. Preesha says that they don’t have much time and gives CPR to Rudraksh. He regains his consciousness and they takes him to the room. Revati thinks that Rudraksh and Preesha saved each other.

In the upcoming episode, Police will searche the Khurana mansion. Ruhi will find a parcel and decide to hide it from police. Then she will faint. Sharda will see that.

Why police searching the Khurana mansion? What is in that parcel? Why Ruhi fainted?