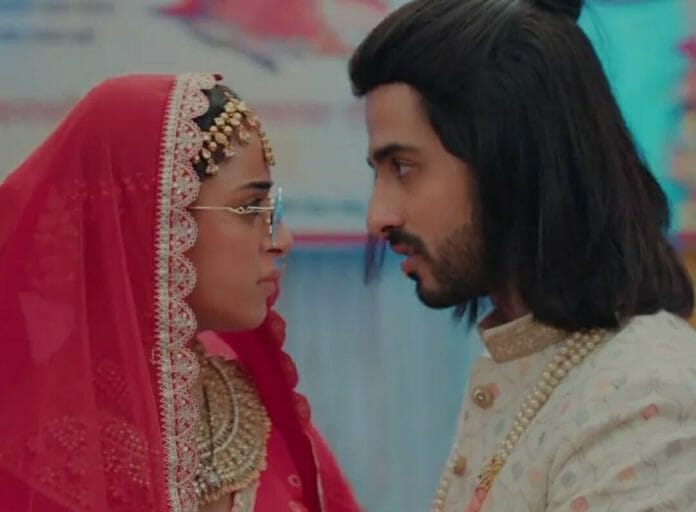 Abrar Qazi and Sargun Kaur Luthra starrer Yeh Hai Chahatein is one of the top Star Plus show because of the interesting storyline. The twists and turns of the show have glued us to the screens. Rudraksh and Preesha dies before the leap. Now, Samrat helps Nayantara to find Ishani so it will be intriguing to watch that what going to happen in the future episodes.

In the current episode, Nayantara and her family gets ready to leave the Khurana house. Revati accuses them saying that they would have stole something. Nayantara taunts her. Servants checks the bags but finds nothing. Nayantara tells Samrat that she thought he is good person that’s why she helped him and understood his pain but she was wrong.

Samrat tells her that he thought she is naive and good girl and not like others that’s why he shared his secret with her but he was wrong about her. Revati wonders that which secret Samrat told to Nayantara. Nayantara’s family leaves the house. After some time, Samrat misses Nayantara and he takes her earrings.

Revati asks him about Nayantara. He tells her that he and Nayantara become friends at Kiara’s marriage. Nayantara learns that Ishani is missing. She reaches Khurana house with Mohit and she asks Samrat about Ishani.

Samrat tells her that he will help her to find Ishani to prove his innocence. Revati asks him to not go but he refuses to listen her. He traces Ishani’s location and tells about it to Nayantara.

In the upcoming episode, Revati will get upset that Samrat went with Nayantara and Mohit. Aliya will tell her that Samrat is changing due to Nayantara. Other side, Samrat will tell Nayantara that Ishani is partying. Nayantara will move towards a girl.

Is that girl Ishani? What’s happening there?