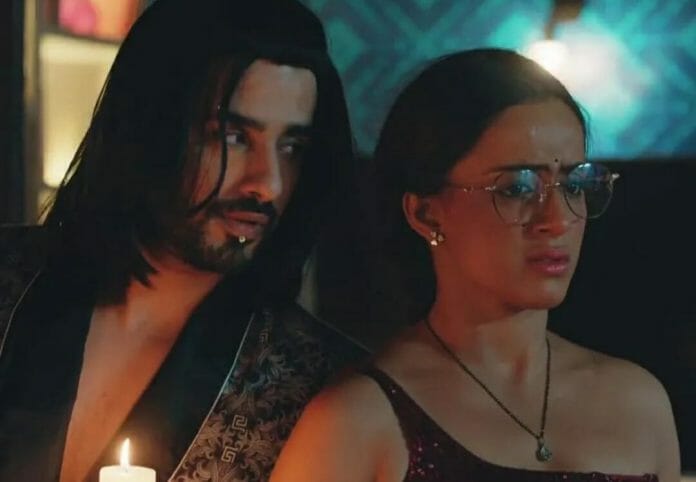 Abrar Qazi and Sargun Kaur Luthra starrer Yeh Hai Chahatein is one of the top Star Plus show because of the interesting storyline. The twists and turns of the show have glued us to the screens. Rudraksh and Preesha dies before the leap. Now,  Samrat gets married to Nayantara and brings her to Khurana house so it will be intriguing to watch that what going to happen in the future episodes.

In the current episode, Samrat takes Nayantara’s family to Khurana house. He gets shocked seeing Revati there. He tells Revati about his marriage and Nayantara. He asks servant to show rooms to Nayantara’s family. Revati slaps Samrat for coming to India. Samrat explains her that he came for Aliya.

She asks him about his marriage. He reveals that Mohit broke up with Aliya for Nayantara so he married Nayantara. He thinks now Mohit will marry Aliya. She tells him that she is proud of him and asks him to show hell to Nayantara. Later, Samrat enters his room and forces Nayantara to wear short modern dress.

Nayantara cries in the washroom. She picks Ishani’s call and tells her to leave India after marrying Mohit and then she will leave with their family. She wears the dress and goes out. Samrat ties her hand.

In the upcoming episode, Samrat will torture Nayantara. Next day, he will be shocked seeing his short hair. Malati will give shagun to Revati but the latter will throw it away and insult her. She will ask Nayantara that what’s happening there. Ishani will tell her that she will tell the truth.

Will Ishani tell the truth to Malati? Did Nayantara cut Samrat’s hair?