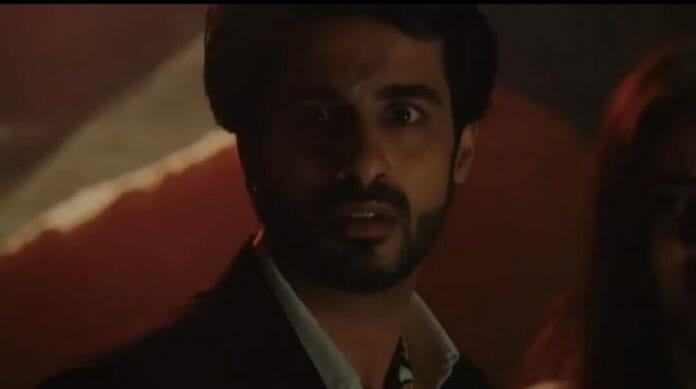 Abrar Qazi and Sargun Kaur Luthra starrer Yeh Hai Chahatein is one of the top Star Plus show because of the interesting storyline. The twists and turns of the show have glued us to the screens. Now, Rudraksh decides to save Pihu first so it will be intriguing to watch that what going to happen in the future episodes.

In the current track, Rudraksh tries to explain Saaransh that he is also hurt and he is trying to move on in his life because Preesha married Armaan. Saaransh says that Rudraksh never tried to know why Preesha doing all this. Digvijay reminds Preesha that today they have to take Armaan to the hospital.

Preesha decides to reach the mall after visiting the hospital and she tells her decision to Pihu. Pihu leaves for mall. Later, Preesha reaches the mall and gets kidnapped. Kidnapper calls Rudraksh and informs him that he kidnapped Rudraksh wife and demands one crore rupees.

Rudraksh thinks that Pihu has been kidnapped and he tells everything to Digvijay. Digvijay gives him one crore rupees. Rudraksh reaches the location and gets shocked seeing Preesha and Pihu there. They are inside the box in an unconscious state.

Kidnapper tells Rudraksh that the latter can save just one person with one crore rupees. Rudraksh asks time to arrange more money. But Kidnapper refuse to give time and asks him to choose in between Pihu and Preesha.

Rudraksh notices that Pihu’s box getting filled in double speed. He thinks that he can’t let Vidyut’s child die. He chooses Pihu’s life. Pihu gets released.

In the upcoming episode, Saaransh will say that Rudraksh went to save Pihu and Rudraksh don’t care about Preesha nowadays. Other side, Preesha will struggle to breathe. Rudraksh will get shocked seeing that.

How Rudraksh going to save Preesha? Did Kidnapper escaped?