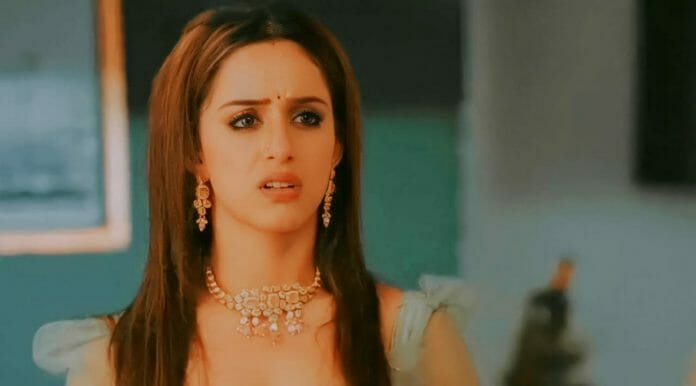 Abrar Qazi and Sargun Kaur Luthra starrer Yeh Hai Chahatein is one of the top Star Plus show because of the interesting storyline. The twists and turns of the show have glued us to the screens. Now, Rudraksh informs Armaan and Preesha that he is going to marry Vanshika so it will be intriguing to watch that what going to happen in the future episodes.

In the current track, Armaan tells Digvijay that he is taking Preesha to London. Pihu asks Preesha about Rudraksh’s love letters. Preesha tells her that those letters don’t matter for her. Pihu leaves for her practice. Later, Vanshika tells Raj and Pihu that Kalindi will train them. Raj feels uncomfortable with Kalindi’s touch. Pihu notices that. She informs Rudraksh that Armaan taking Preesha to London. Armaan tells Preesha that he can delay the tickets if she is not happy then. Preesha tells him that she don’t have any problem with it. Rudraksh asks them to go after few days. Armaan scolds him for returning. Rudraksh tells them that he has been moved on in his life. He gives his marriage invitation card to them. He reveals that he is going to marry Vanshika in four days. He says that Vanshika supported him always not like Preesha who hate him now. Armaan tells him that they are not interested in his marriage. Outside Thakur house, Pihu asks Rudraksh that what’s all this. Rudraksh tells her that everything is an act to make Preesha get jealous. He says that Preesha can’t see him marry someone else. He recalls that how he told his plan to Vanshika and she agreed to act. Later, Preesha tells Pihu that it’s hard to believe that Rudraksh marrying Vanshika. Pihu convinces her to attend Rudraksh and Vanshika’s marriage. Preesha tells Armaan that she want to attend Rudraksh’s marriage.

In the upcoming episode, Rudraksh will say that he is going to make two announcements. Kalindi will tell Rudraksh that she has been raped.

Is Kalindi telling the truth? Whom Kalindi will blame?