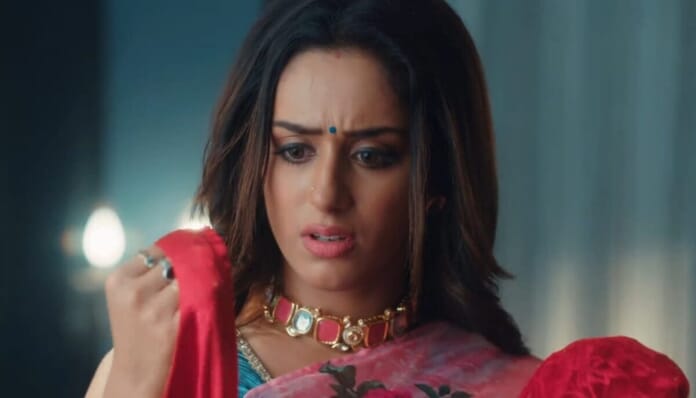 Star Plus show Yeh Hai Chahatein is always on top because of the interesting storyline. The twists and turns of the show have glued us to the screens. Now, Armaan executed his plan to get Preesha so it will be intriguing to watch that what going to happen in the future episodes.

In the current episode, Preesha, Armaan reaches Shimla and signs on the property papers. Rudraksh calls Preesha and Armaan notices it and switch off the mobile. Rudraksh reaches Thakur mansion and asks Digvijay about Preesha but the latter refuses to answer him. Anvi informs him that Preesha and Armaan left for somewhere. Digvijay asks Rudraksh to not interfere in their family matters and they suffered so much already because of him. Rudraksh asks him to not do anything for that they need to regret later and leaves from there.

Preesha is about to call Anvi but Armaan stops her and the car stops in the middle way. One lady calls Ahana and asks her to transfer the amount and the latter replies her that she will do that soon. Armaan and Preesha reaches the hotel and learns that mechanic is not available now so they decides to stay there and Armaan books a royal suite. Then he calls Digvijay and informs him that he and Preesha staying tonight in Shimla.

Rudraksh learns that Preesha left for Shimla and he informs Sharda that he is going to Shimla for work. He asks Bunty to track Armaan’s mobile and find out the location. Armaan let Preesha talk to Anvi from his mobile and then he gives dress to Preesha to change saying that he requested the Receptionist to arrange a dress for her. Preesha shocks seeing the night dress.

In the upcoming episode, Armaan will spike Preesha’s drink. Digvijay will learn that Rudraksh is in Shimla and he will inform about it to Armaan. Later, Armaan will try to get close to Preesha who is unconscious.