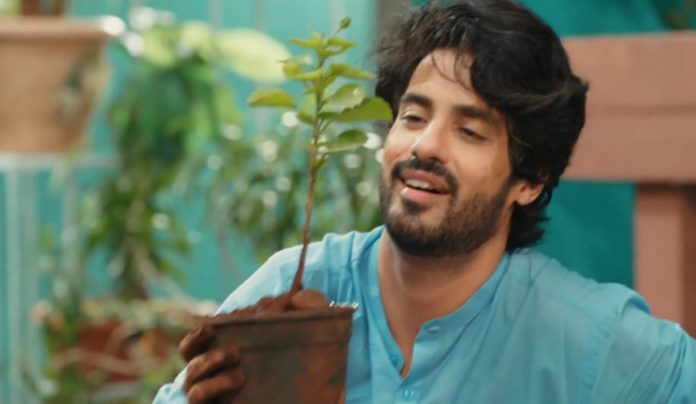 Abrar Qazi and Sargun Kaur Luthra starrer Yeh Hai Chahatein is one of the top Star Plus show because of the interesting storyline. The twists and turns of the show have glued us to the screens. Now, Rudraksh gets the job in Armaan’s house so it will be intriguing to watch that what going to happen in the future episodes.

In the current track, Ruhi tells Rudraksh that training part 2 is pending. She takes him to garden. Rudraksh notices the gardener there. Gardener teaches gardening to Rudraksh. In the college, Raj and Pihu becomes a pair for assignment.

They have to compose duet song. She tells him that she knows that he must be uncomfortable with their pairing so she will change the pair by talking to the professor. He tells her that no need of that because he don’t have any problem in working with her.

Rudraksh reaches Armaan’s home in disguise. He learns that he has to compete against others to get the job. Kids motivates him. Saaransh tells Rudraksh that it’s not a job but a chance to bring Preesha home. Pihu and Raj starts working on their assignment.

Raj learns that Pihu don’t know music so he teaches her. Rudraksh gives an interview. Kanchan gets impressed with Rudraksh’s answers. She tells him that he is old and she don’t think that he can take care of her garden.

She adds that she thought like that but he impressed her so she want an experienced gardener like him. Preesha sees him. He asks permission to stay in servant quarters to Kanchan. Kanchan tells him to start work from tomorrow. Later, Rudraksh informs Sharda that he got the job.

In the upcoming episode, Kanchan will ask Rudraksh to get up. Rudraksh will get ready in hurry and he will open the door. She will be shocked seeing him.

What did Kanchan saw? Will Rudraksh be exposed?