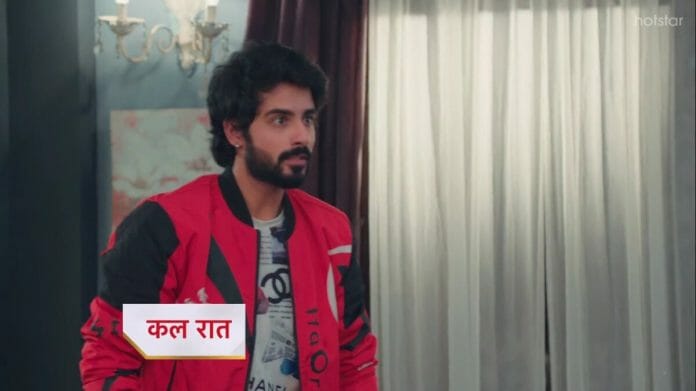 Star Plus show Yeh Hai Chahatein is always on top because of the interesting storyline. The twists and turns of the show have glued us to the screens. Now, Armaan decides to use Anvi to get Preesha so it will be intriguing to watch that what going to happen in the future episodes.

In the current episode, Anvi tells Preesha to not go anywhere again and the latter promises to her. Armaan tells Preesha that everyone lost something but he saw love in her eyes for Rudraksh so will she choose Rudraksh over Anvi and he don’t want her to sacrifice her happiness for Anvi. She tells him that she is Anvi’s mother so she won’t leave her daughter. He thinks that he wants Preesha to love him and he decides to use Anvi for that.

Meanwhile Mishka and Ahana learns about Preesha’s release. Lawyer calls Ahana and informs her that she will get everything in Monday. Rudraksh meets Preesha outside the Thakur mansion and apologizes to her for blaming her for Saaransh’s death and tells her that they can’t live without each other and asks her to return to him and hugs her. Anvi comes there and takes Preesha from there. Armaan recalls that how he witnessed Preesha and Rudraksh’s hug and woke up Anvi so she can bring back Preesha.

Next day, Digvijay asks Armaan to win Preesha’s heart if the latter don’t want to lose her to Rudraksh then. Later, Armaan informs Preesha that he bought resort in Shimla on her name so they should go there to sign on the papers. Digvijay asks them to not worry about Anvi saying that he will take care of her.

In the upcoming episode, Rudraksh will call Preesha but Armaan will switch off the mobile. Then he will get to know that Preesha and Armaan left for Shimla. Other side, Armaan will spike Preesha’s drink and he will try to get close to her.

Will Rudraksh reach Shimla on time? What will happen with Preesha now?