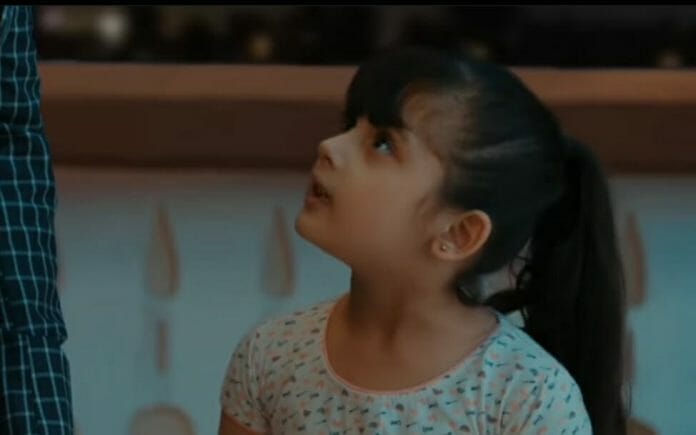 Abrar Qazi and Sargun Kaur Luthra starrer Yeh Hai Chahatein is one of the top Star Plus show because of the interesting storyline. The twists and turns of the show have glued us to the screens. Now, Rudraksh and Pihu’s marriage date gets fixed so it will be intriguing to watch that what going to happen in the future episodes.

In the current track, Rudraksh asks Ruhi to not talk like that about her mother. Ruhi tells him that Preesha is not her mother and she takes him to Sharda. Sharda informs Rudraksh about what all Preesha did after his death. Rudraksh wonders that why Preesha is staying with Armaan still.

Pihu gives him power of attorney papers to him. She tells him that Preesha staying with Armaan for money only. She thinks that she did right by making this duplicate papers with Digvijay’s help. Next day, Rudraksh sees Preesha feeding Armaan. Pihu hugs Rudraksh to make Preesha get jealous.

She tells him that engagement rings are ready. He asks Sharda to fix the marriage date. Later, Rudraksh tells Preesha to leave his room saying that he is going to stay there. But Preesha refuses to leave saying that that’s her house so she can stay anywhere.

He changes the pictures on his wall. She questions him about it. He tells her that everything changed in between them. She leaves the room with Armaan. After some time, Rudraksh tells Sharda that he will buy his house soon because investors investing again.

Sharda informs him that after 10 days his marriage will happen. Ruhi cries hearing that. She tells Saaransh that she never wanted Preesha and Rudraksh to get separated.

In the upcoming episode, Pihu will receive a parcel. She will tell Rudraksh that someone want to separate them deliberately. Sharda will see Preesha giving money to servant. Preesha will ask Rudraksh that what is he doing with her if he love Pihu then. Rudraksh will tell her that he is just trying to find out the truth.

Why Preesha giving money to servant? Is Pihu telling the truth?