Star Plus show Yeh Hai Chahatein is always on the top because of the interesting storyline. The twists and turns of the show have glued us to the screens. Now, Yuvraj became Rudraksh’s Lawyer for Saaransh custody case so it will be intriguing to see what Yuvraj actually planning to do.

In the current track, Mishka recalls how she exchanged the tablets to prove that Preesha is a negligent mother and reveals to her allies that how she and Kabir provoked the Doctor and he also agreed to give statement in their favor in the court.

Yuvraj tells them that they have enough proof against Preesha and Rudraksh so it’s time to file a case for Saaransh’s custody.

Vasudha and Sharda reveals about their picnic plan. Rudraksh receives notice from the court and he confronts Kabir. Kabir says to Rudraksh that from the time the latter’s biological son Sunny came, Rudraksh treating Saaransh as an orphan.

Mishka badmouths about Preesha and says that she failed as a mother. Rudraksh and Kabir argues with each other. Sulochana slaps Kabir and asks him to withdraw the case. He refuses to listen her and reveals that tomorrow is court hearing.

In the upcoming episode it will be shown that, Rudraksh will call his family Lawyer to inform about Saaransh’s custody case. Lawyer will tell him that because of flood he can’t reach Goa. Preesha will ask Rudraksh that now who will fight for them.

Yuvraj will tell them that he will become their Lawyer. Rudraksh will tell him that they can’t lose this case. Sulochana will overhear their conversation and will think that Yuvraj backstabbing his allies. 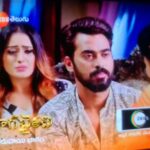