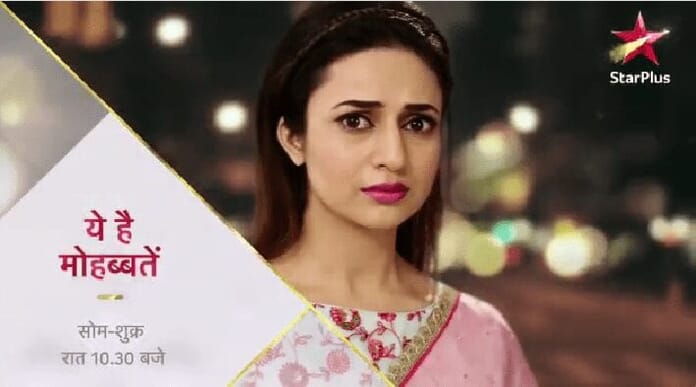 In Star Plus’s one of the lengthiest shows Yeh Hai Mohabatein, it has been a while since Arijit is trying to make life miserable for Raman, Ishita and the whole Bhalla family with his plotting and criminal activities. But it looks like his hideous acts are soon going to be out in the open and everyone will have solid proof to make him accountable for his actions.

Plus, it has been quite a long time he has been keeping Raman as a hostage while the whole Bhalla family believed him to be dead except Ishita. And now he has held Ishita as a hostage too. Not only that, he has gone to the cruelest limits and drugged her with some intoxicating drugs by threating the doctor at the mental hospital. His cunning plan of using Ishita’s phone to divert the family’s attention about Ishita’s well being and whereabouts, however, has now backfired once Karan realized he has been using Ishita’s phone.

Karan now smells something fishy with his behavior and the kind of things keep happening around so, in order to find out the truth, Karan will plan to fake a fight with Yug in front of Arijit.

Meanwhile, Dr. Sunita will get scared for Ishita’s life as she realizes the drug has kicked in really high on for Ishita. She will immediately inform Arijit that her body is getting cold.

Arijit will then get angry and tell the doctor that she has to live to witness everything and know why she is getting punished so severely. As the episode progresses, Mihika too will suspect foul play. It looks like finally, everyone from the family will get to know about the wrongs that have been happening for a while now. Follow us for more spoilers, news, and updates.