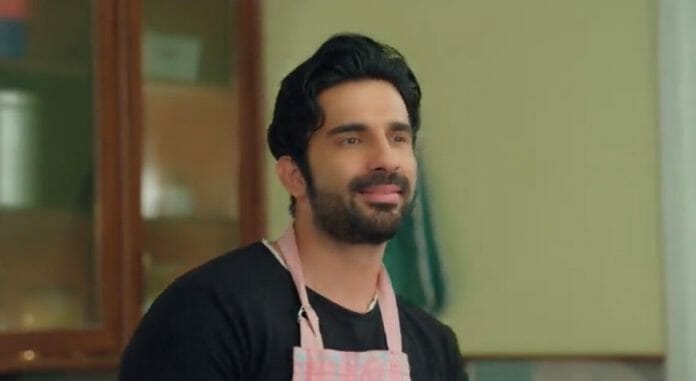 In the earlier episode, Jaggi gives an important assignment to Dia with a deadline and warns her not to mess with the project. He also taunts her for opting to work from home. She assures him that she will complete the work on time and will send him as soon as possible. She starts working on her project, while Bhavna hears her conversation and plans to take revenge from Dia.

Here, Madhu comes back and asks Dia to look after her. Whereas, the latter completes all her household chores and fulfills all the wishes of Madhu. Suddenly, Madhu feels pain on her back and Bhavna intentionally ask Dia to prepare ayurvedic paste for her as she doesn’t like allopathic medicines.

Bhavna lies about having allergy from herbal ingredients and gets aside from preparing the paste, while Dia decodes Bhavna’s intentions. Dia gathers her courage and completes both her household as well as office work.

Ahead, Dia sends the file to Ruby and takes Anju’s help to prepare the paste. She also applies oil in Madhu’s leg. Whereas, the latter praises her. Bhavna instigates Madhu against Dia, while she mocks Bhavna to do some work.

Bhavna deletes Dia’s project, while the latter gets shocked seeing it. Armaan consoles Dia and tries to help her. Whereas, Dia gets busy in fulfilling Madhu’s orders. Armaan talks with Ruby and then with Kajal regarding the project, while latter confesses about her love for him.

Later, Armaan gets furious at Kajal and warns her to stay in limit. Dia hears their conversation and gets mad at Kajal. She goes to the office, where Jaggi praises Kajal for saving the company’s reputation because of her project. Dia confronts Kajal being infuriated.

Now in the upcoming episode, Dia will rebuke Kajal for confessing her love to Armaan and breaks her friendship with her. She will say that Kajal isn’t loyal to her and gives a warning to stay away from Armaan. Whereas, Jaggi will come there and supports Kajal. He will mock Dia stating that Armaan married her only because of pity, while she gets infuriated and slaps him. Meanwhile, Kajal will get shocked.

Will Bhavna’s evil intentions gets exposed?