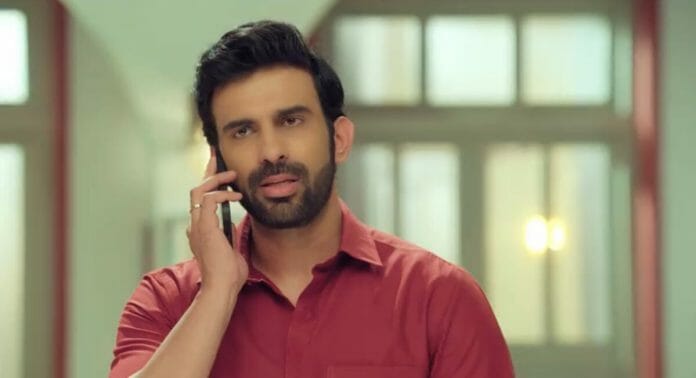 In the earlier episode, Dia applies to several companies in order to get a job. She determines to help her family after seeing Brij’s condition. Whereas, Armaan shows his support towards her and gives her money to help her parents. Meanwhile, Anju gets Brij’s medical reports and becomes shocked seeing that he is suffering from terminal illness. She becomes concerned for him and hides about the news from her family.

Here, Anju lies to Dia about Brij’s report while the latter gets suspicious and shares her worry with Armaan. He mails the hospital to send Brij’s report to their house also and helps Dia as much as he can. She shows her gratitude towards Armaan for always supporting her, while he reminds her about their vows.

Madhu gives a letter to Dia and they thinks it to be Brij’s report but it turns out to be Dia’s job letter. She gets elated and shares her happiness with Armaan. But, then they notices that they haven’t applied in that company and gets confused that how she received the offer letter?

Ahead, Bhavna tells that she was the one who applied on behalf of Dia in order to rectify her mistake for ruining the certificates. She apologises to Armaan and Dia, while the latter forgives her and showers her with love. Dia also convinces Armaan to forgive Bhavna and thanks her for the help.

Madhu looks at Bhavna suspiciously thinking that there must be some plan behind her motive. Whereas, Brij sacrifices to bring groceries for the house. Anju prays for his health and shows her concern towards his health. Palki teases them as she doesn’t know about the truth, while Brij makes Anju break her fast.

Later, Palki learns about Dia getting a job and notify it to her family. Whereas, Dia determines to help her father and says that she won’t let him work anymore. She gets happy and prepares to visit her parents house along with her in-laws. Where, Madhu devides to keep Brij’s report as a secret, in order to not give any stress to her daughters.

Now in the upcoming episode, Dia will find Brij’s medical report inside the flour container and gets confused. She will take the report and was about to read it, when Anju comes there and stops her. Dia will get suspicious about it and checks her parents room to find about the truth. She will get her father’s report and gets shocked learning that he is suffering from cancer.

Will Dia be able to help her family?

What’s the motive of Bhavna behind helping Dia?