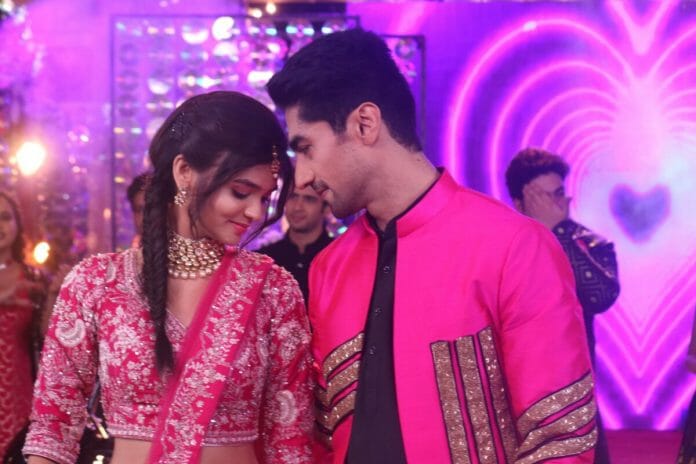 In today’s episode, Abhimanyu and Kairav’s face-off. Arohi gets excited to meet Kairav. Kairav meet Manjiri and asks if she is fine. Manjiri says she visited doctor for routine check-up. Kairav says he don’t trust doctors anymore. Abhimanyu questions Kairav about ignoring Ruhi. Kairav bashes Abhimanyu about ruining his both sisters life just to fulfil his promise. Abhimanyu says to Kairav that Ruhi is not at mistake. Kairav says he too love Ruhi. He asks Abhimanyu to stop hiding his mistakes behind Ruhi. Arohi and Manjiri over hear Abhimanyu and Kairav’s conversation. Abhimanyu stands emotional.

Neelima asks Abhinav to turn his fake marriage into real. She asks Abhinav to marry Akshara before Abhir learns the truth. Abhinav recall flashback. Akshara at hospital learn from the nurse that Abhinav takes extra care of Abhir. She learns how Abhinav didn’t left Abhir for a second. Akshara asks Abhinav if he will become father to her child. Abhinav stands teary. Akshara says to Abhinav that if God has written a good father like him. Abhinav mention his name as Abhir’s father.

Back to reality; Neelima asks Abhinav to think about Akshara. Abhinav tells to Neelima that Akshara already cleared him that they can be Abhir’s parent but can’t be spouses. Akshara is seen asking Abhinav to fake marriage for the world but they can’t become man and wife ever. Abhinav agrees on Akshara’s condition.

Neelima says to Abhinav that she can’t believe love didn’t knock in past 6 years even for once. Abhinav rethinks on Neelima’s word. Abhir washes Abhinav’s car. Abhinav asks Abhir what he is doing. Abhir apologize to Abhinav for misbehaving with him. He says he is confused when Akshara calls him smart, Neelima says he is innocent and he gets angry like Lord Shiva. Abhir asks what he is actually. Abhinav praises Abhir. Abhir asks Abhinav to get him room whenever they want. Abhinav and Abhir spend time together.

Akshara thanks Abhinav for giving father’s love to Abhir. She further asks what he got in return of doing so much for them. Abhinav says to Akshara that she completed his family frame and it is everything for him. Manjiri asks Abhimanyu to stop waiting for Akshara as she will not return ever. She demands Abhimanyu to marry Arohi for Ruhi’s sake. Abhimanyu gets restless. He bumps into Arohi. Abhimanyu gets a call from someone. He decides to visit someone. Abhimanyu turns a stand-up comedian. He shares his pain in his comedy with the audience. Abhimanyu asks audience not to fall in love as heart break is injurious to health. [Episode Ends]