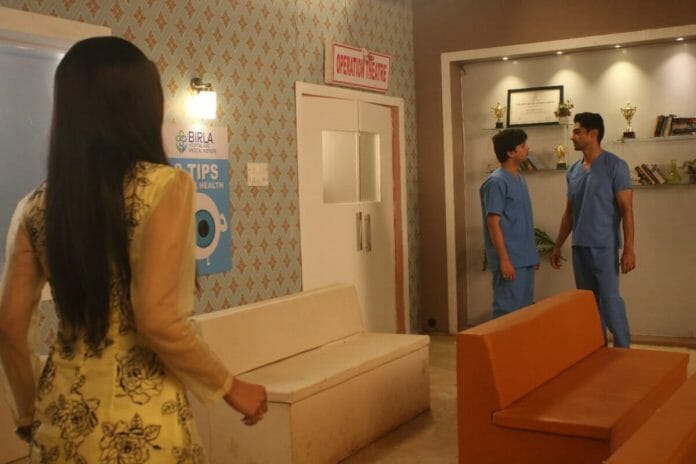 In today’s episode; Swarna asks Akshara not to cry. Akshara says she won’t be able to do. Kairav tries to console Akshara. Abhimanyu asks Akshara if Goenka’s forced her to marry him. He asks if ever he has stopped her from doing anything. Abhimanyu asks Akshara if she think he will not allow her to meet Goenka’s. Akshara sit teary. Abhimanyu says to Akshara that ever she will miss Goenka’s she can go to them. He cheers up Akshara. Abhimanyu adds he is just taking Akshara with him but she will remain Goenka’s daughter forever. Akshara calm down. Suhasini apologize to Birla’s and asks to forgive them if they did any mistake. Manjiri asks Suhasini not to apologize. She adds both the families should make a fresh start too.

Manish says to Harsh that he is giving a piece of heart to them. He asks to always take care of her. Abhimanyu assures Manish. He asks Manish to not think that they are giving aways daughter rather he should consider getting a son in return. Harsh says to Manjiri that Abhimanyu is folding hands in front of Goenka’s as if they did favour by marrying Akshara to him. Manjiri side Akshara, Abhimanyu. She add Abhimanyu has chosen one in a million girl. Harsh stand stunned.

Neel and Parth asks Akshara not to cry as her make will come out. They further decide to take Akshara happily and dance. Later, Abhimanyu takes Akshara on a bike. He asks if she is ready to embrace her new journey as Mrs. Birla. Akshara gets excited. On the way to Birla house, Akshara, Abhimanyu stops to pray to God. Akshara talks about winning rituals at Birla house. Manjiri and Neel prepares for Akshara and Abhimanyu’s welcome. Goenka’s call Akshara and instruct her to win the rituals and make them proud. Abhimanyu asks Goenka’s they aren’t fair and only siding Akshara. Swarna says they have well instructed Akshara. Goenka’s ask Abhimanyu and Akshara to go home.

Akshara ride a bike for Abhimanyu. Abhimanyu says she already won a first ritual by riding a bike. Akshara gets excited to enter Birla house and perform other rituals. Both reach the house. Akshara says to Abhimanyu that her heart is beating fast as she can’t wait more to get welcomed by Birla’s. To Akshara’s surprise, Manjir and Neel stands on the door to welcome the newly wedded couple. [Episode Ends]

Precap: Abhimanyu rushes to the hospital after getting an emergency call. Akshara waits for Abhimanyu. Arohi joins back Birla hospital