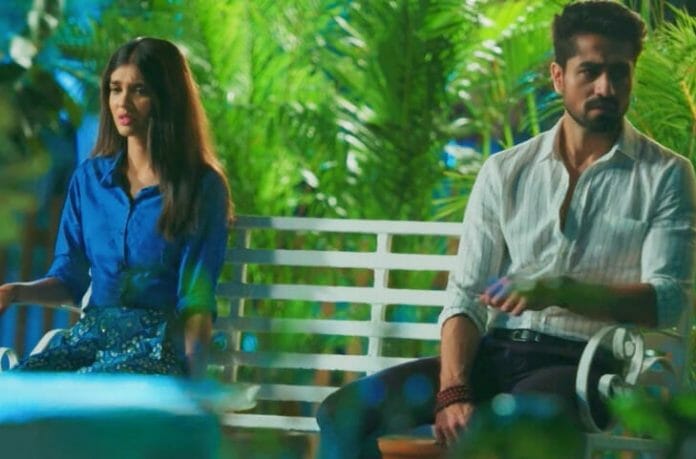 Neil and Arohi bumps into each other. Arohi insists Neil to hear her once. Neil ignores Arohi. Arohi stands on the middle on the road to stop Neil. Rohan wraps the gift. Abhhimanyu asks Rohan to disclose Akshara’s birthday surprise. Rohan says to Abhimanyu that he is clueless about Akshara’s plan. Abhimanyu think what Akshara is upto.

Neil stands along Arohi. He says he too can do drama like her. Arohi tries to convince Neil that she made the prenup to secure his future too. She tries to make Neil understand that only Abhimanyu will be given priority just like Akshara at her house. Arohi asks Neil to secure his position and place at Birla house and hospital. She adds none will think about him thus she thought. Arohi tells to Neil that she has always loved him and will be leaving the city soon. Neil stands mum. Arohi about to get hit by a car. Neil saves Arohi.

Manjiri asks Birlas not to wish Abhimanyu at 12. She says Akshara has planned for Abhimanyu thus they should not disturb them. Akshara perform a dance for Abhimanyu. Abhimanyu gets impressed and wish the second chance is worthy. He gets an emergency call from the hospital. Akshara and Abhimanyu learn about orphanage kids suffering from food poisoning. Both rush to the hospital.

Birlas runs to the hospital too. Abhimanyu asks Akshara to go back home. Akshara decide to support Abhimanyu. Harsh inform Anand that Neil has taken the responsibility to call the child specialist. Manjiri call Akshara and enquires. Akshara assures Manjiri that she will not leave Abhimanyu in crisis. She further asks Manjiri to talk with Parth and execute the Abhimanyu’s birthday party plan. Mahima informs Arohi about the emergency in the hospital. Arohi runs to meet Neil.