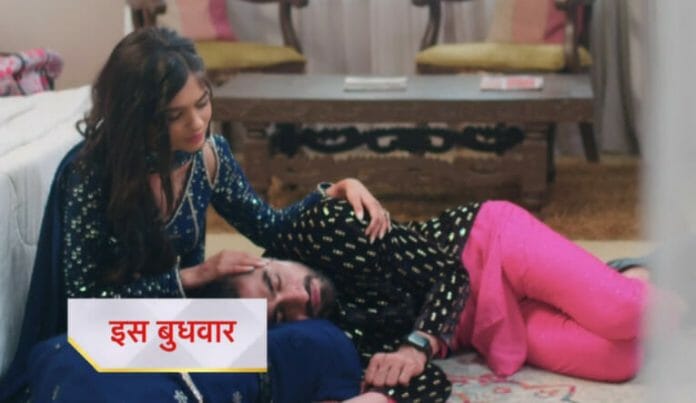 Akshara wait for Neil for his performance. Manjiri tells to Aksahra that Anand has sent to Neil to the hospital for some urgent work. She asks Akshara to continue with her performance and they will make Neil perform separately. Akshara, Abhimanyu dance along with Birlas. Akshara gets teary while dancing. Abhimanyu comfort Akshara.

Manish and Goenkas worry about Arohi. Manish says they can’t trust Arohi. Swarna tells to Goenkas that Manjiri and Akshara is asking about them. Suhasini decide to visit Birlas to celebrate Abhimanyu’s birthday. She decides to ask staff to send Arohi to Birla house once she will be back. Suhasini asks Goenkas to visit Birlas.

Abhimanyu gets amazed seeing the celebration. Manjiri says Akshara has done the arrangement. Abhimanyu thanks Akshara. He further looks for Neil. Akshara tells that Neil is out for some urgent work. She says she will make Neil perform later. Goenkas visit Birlas. Mahima enquires about Arohi. Harsh asks to ignore who is not available. Akshara stares at Goenkas. She decides to talk with them.

Akshara decide to talk with Abhimanyu. Abhimanyu asks Akshara to wish him on his birthday. Akshara and Abhimanyu shocked later seeing Neil and Arohi walking hand in hand as man and wife. Abhimanyu asks Neil to explain.

Arohi and Neil think about the flashback. Arohi manipulate Neil and demand him to marry her. She instigates Neil. Neil gets convinced and decides to marry Arohi. Back to reality; Abhimanyu asks Neil to speak up. Akshara stops Abhimanyu. She says they will celebrate Abhimanyu’s birthday first. Akshara calls everyone to cut the birthday cake. Abhimanyu, Akshara cut the cake. Harsh slaps Neil. Abhimanyu and Akshara confront Neil. They ask if Arohi manipulated him. Neil side Arohi. Anand about to interrupt. Mahima stops him. Neil says he married Arohi by his own choice. Abhimanyu refuse to believe. Manish scolds Arohi and breaks his tie with her. [Episode Ends]

Precap: Neil expects Abhimanyu to wish him good for his future and let it go. Akshara and Abhimanyu asks Arohi and Neil to leave the house. Arohi stand shocked.