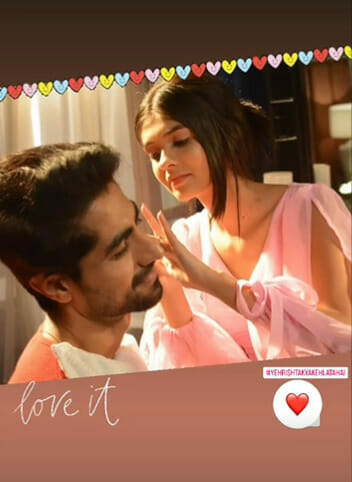 In today’s episode, Kairav says he don’t want to go to the jail. Akshara asks Abhimanyu to stop Kairav from going to the jail. She adds everyone knows the truth. Abhimanyu shows the painting brought by Anisha and says if she didn’t love Kairav that why she would have put effort to purchase a wedding gift for him. Akshara says to hide her truth. Abhimanyu gets angry. Harsh asks inspector to take Kairav as they don’t want any further drama at Anisha’s prayer meet. Anand asks inspector to take Kairav. Akshara says this is not right. She asks Abhimanyu if he don’t trust Kairav fine but he should trust her. Abhimanyu says court will decide if Kairav is guilty or not.

Harsh says they are facing trouble post Goenkas came into their life. Kairav gets arrested. Goenkas and Akshara stand teary. Kairav recall his achievement and regrets. He apologize to Kartik and Naira for letting them down. Manish, Akhilesh stops inspector from filing a complaint unless their lawyer comes. Manish and Parth gets adamant. They asks inspector to not listen to Goenkas and file a complaint. Manish asks inspector if Birlas bribed him against Kairav. Inspector gets furious on Manish.

Abhimanyu and Akshara come to the police station. Kairav panics. Abhimanyu apologize to Manish. Akshara sees Kairav and gets teary. She asks Kairav not to panic as he is not guilty. Constable out there says to Akshara she isn’t allowed to talk with Kairav. He asks her to go back. Kairav asks Akshara not to leave him. Constable about to hit Kairav,  Abhimanyu saves Kairav. He asks him to allow Akshara and Kairav to talk.

Kairav worries for Goenkas reputation. Akshara boosts Kairav’s morale. She asks him not to bother about reputation as nothing is important than him. Akshara asks Kairav not to lose hope. Manish tries to save Kairav.

Kairav is put behind the bars. Akshara hide her tears in front Abhimanyu. Abhimanyu says to Akshara that she can cry in front of him. Akshara says to Abhimanyu that their families are fighting and they are so helpless. Abhimanyu console Akshara.

Goenkas tries to help Kairav. Birlas tries to make strong case against Kairav. Shefali arranges an interview against Goekas. Harsh says to Abhimanyu that their lawyer want to have a word with him. Manish says to Akshara that their lawyer wants to talk with her. Abhimanyu goes to meet lawyer. Akshara sees Kairav’s picture from jail and decide to do something to end the fight between Goenkas and Birlas. She tries to talk with Mahima. Mahima yells at Akshara.

Abhimanyu talk with Parth and think if they aren’t falsely accusing Kairav. Parth asks Abhimanyu instead of siding Akshara, he should be on their side. He adds Kairav is accused for being a reason behind Anisha’s suicide and not for killing her. [Episode Ends]

Precap: Abhimanyu thanks Akshara for coming back home. Mahima says to Abhimanyu that one day Akshara will leave him too.