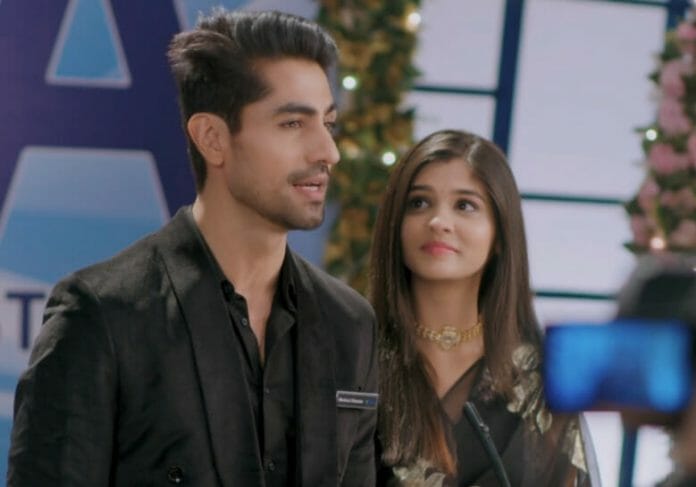 In today’s episode,  Abhir calls out Abhimanyu for over using soap. He says if he wouldn’t have been here he would have studying by now. Abhir says if he will come second in the class than it will be his mistake. Abhimanyu asks Abhir if he should leave. Abhir says Akshara made food and they can’t waste. He bring Abhimanyu to the food table. Akshara address Abhimanyu as Sirji. She asks Abhimanyu to sit for the dinner. Abhimanyu sees Abhinav, Abhir and Akshara together and feels left out. Akshaara and Abhimanyu both get restless and shake leg.

Abhinav asks Abhimanyu if the food is good. He says Akshara has a magic in her hand. Abhimanyu says he has already tasted the food. Abhinav and Akshara gets shocked. Abhimanyu clears Abhinav gave his tiffin to him. Abhinav recalls. Abhimanyu eats the food rapidly. Abhir asks Abhimanyu to eat slowly as they aren’t going to take away the dish. Abhimanyu coughs. Akshara, Abhir and Abhinav gets restless. Abhinav bring water for Abhimanyu. Abhir helps Abhimanyu. Akshara worries.

Abhinav talks with Akshara about Neil’s daughter Ruhi. He says Abhimanyu has a daughter and he does everything for her. Abhimanyu clears Ruhi is Neil’s daughter. He adds no one can imagine a pain of a child growing without a father. Akshara sit stunned. Abhinav serves sweet to Abhimanyu. Abhimanyu eats. He goes to the washroom and calms himself. He further decides to leave the place. Abhinav says to Abhimanyu that he don’t want him to leave the place. Abhimanyu decide to leave. Abhinav asks Abhir to bring jam hamper for Abhimanyu.

Abhir and Abhinav like the gift. Akshara sit stunned. Abhinav asks Akshara to deposit the money in Abhir’s school bank. He further asks Akshara what is making her restless. Akshara says Abhimanyu gave extra money. Abhinav says if ever anything will be left with him of Abhimanyu than he will respectfully return him. Abhinav decide to return the extra money. Akshara decide not to cross line between her present and past.