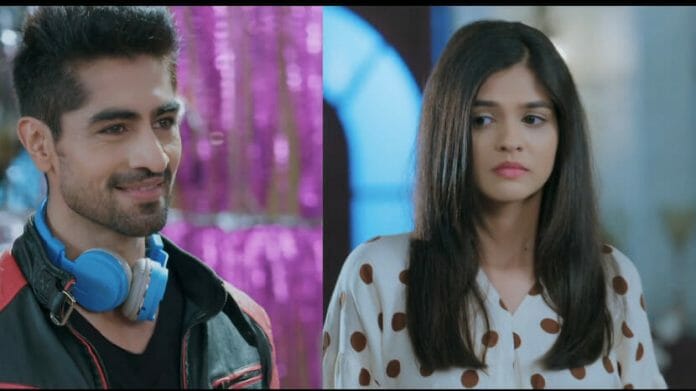 Akshara asks detective to keep the proofs save until she reach him. She decide to complete her commitment and get free for once and all. Manish says to Kairav that he wants to feed him food. Vansh bring cake for Kairav. Arohi serves coffee too Kairav. Kairav says to Goenkas that he missed homemade food. He adds sometimes Akshara makes homemade food. Goenkas enquire about Akshara. Kairav says he can’t tell anything about Akshara. Manish says they are desperately waiting for Akshara too. He asks if she is fine. Kairav says if everything would have been good than Akshara would have been with them. Arohi asks if Akshara even bothers about them. Kairav gets furious and asks Arohi not to say a word against Akshara.

Akshara and Abhimanyu waits for new beginning. She decides to get the proof for Kairav soon. Arohi is perplexed informing Mahima about Kairav. Kairav pray to God to support Akshara no matter what. Maya asks Akshara to sing that she wins. Akshara asks detective to meet her soon. Kunal learn that Akshara went out last night. He decides to figure out where Akshara went.

Mahima wish good luck to Abhimanyu. She says upcoming hour will decide his future. Abhimanyu says only one hour is left. Suhasini give head massage to Kairav. Kairav worry if anyone will learn about his presence at the house. Manish assure Kairav. He says he is safe at the house. Mahima send her spy to Goenka house. She learns Kairav is hiding at Goenka house. Mahima decide to get Kairav.

Abhimanyu and Akshara do tandav in their dream. Back to reality; Akshara and Abhimanyu is optimistic. Mahima tells to Birlas about Akshara hiding Kairav at Goenka house. She vents out and accuses Akshara. Mahima says Akshara is looking for an opportunity to escape with Kairav yet again. Abhimanyu and others get shocked. Akshara learns from her spy that someone snatched the proof from him. She doubts on Kunal and confront him. Kunal wish good luck to Maya and Akshara.

Mahima says Goenkas are playing with their emotions because they are letting them to play. She says Anisha will never get a justice. Abhimanyu asks Mahima to be patient for 40 mins as Akshara promised to disclose the truth. [Episode Ends]

Precap: Kunal asks Maya to calm. He assures her that Akshara will sing for her. Abhimanyu confront Kunal.