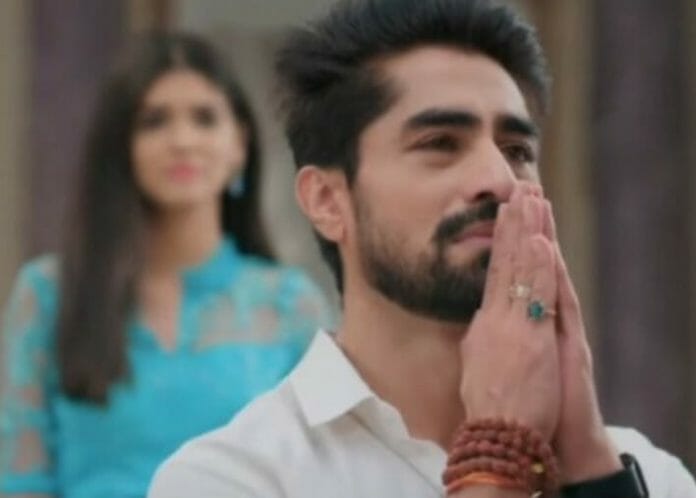 In today’s episode, Akshara convinced music director to give her one minute to prove her voice. Director gets convinced. Abhimanyu wishes good luck to Akshara. Neil asks Arohi to understand that he can’t take decision on Abhimanyu’s behalf. Arohi manipulates Neil to take the decision on Abhimanyu’s behalf. She convinced him that he is Birla too and can make the decision. Mahima side Arohi and asks Neil to make the changes. Arohi asks Neil not to overthink and pass the order by doing digital sign. Neil follows Arohi’s instruction.

Arohi feels dizzy. Mahima asks Manjiri how long Arohi will wait for Akshara, Abhimanyu. She adds Arohi can’t complete her fast until she gives Prasad to Akshara, Abhimanyu. Neil asks Arohi if she is fine. Mahima says Arohi is not habituated to keep fast. Abhimanyu tells to Manjiri that Akshara got the music contract. He says world will know soon about Akshara’s voice. Akshara hugs Manjiri. Arohi faints. Abhimanyu, Akshara sees the veneration and wonder.

Mahima checks upon Arohi. She tells without food Arohi’s bp has dropped. Anand says sometimes it happens. Abhimanyu asks why Arohi is hungry. Akshara asks Manjiri if veneration happened at the house. Manjiri asks Akshara how she is clueless about veneration. She says Arohi has told her. Akshara recalls Arohi’s unspoken words. She tells to Manjiri that Arohi didn’t inform her about veneration. Neil gets angry on Akshara for lying. Abhimanyu side Akshara. Neil argues with Abhimnayu. Arohi decide to continue her drama.

Abhimanyu decide to confront Arohi. Neil says no one will interrogate Arohi. Akshara tries to prove Arohi didn’t inform about the veneration. Anand asks Neil, Abhimanyu and Akshara to avoid the talk. Akshara decide to complete the veneration so that Arohi can break the fast. Swarna tells to Suhasini about the confusion between Akshara, Arohi. Manish worry Akshara, Arohi will be at loggerheads at Birla house too.

Neil feeds food to Arohi. He asks if she invited Akshara for the veneration or not. Arohi lie to Neil. Birlas congratulate Akshara for getting a music contract. Abhimanyu learns it will be life threatening if Akshara conceives.

Akshara asks Manjiri if she too think shedeliberately missed the veneration. Manjiri side Akshara. She further advice Akshara to patch up with Arohi for the family sake. Akshara goes to Arohi. Abhimanyu sits with Neil. [Episode Ends]