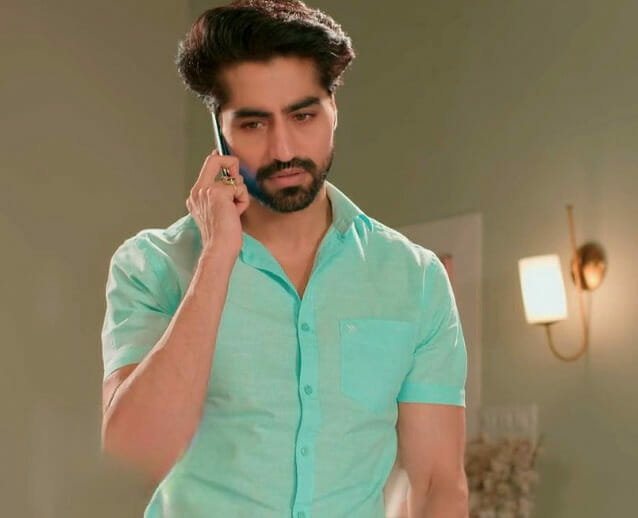 In today’s episode,  Akshara shares the lyrics of the pahadi song. Neelima says she knows the lyrics but not the music. Manjiri sees Neel and Abhimanyu’s picture. She asks Neel not to feel bad as she took the decision on Abhimanyu’s behald. Manjiri says she knows even Neel wants to see Arohi and Abhimanyu together. She asks to support her decision. Manjiri calls Abhimanyu. Abhimanyu pretends to be normal. Manjiri asks Abhimanyu if he is along in the crowd. Abhimanyu share his pain with Manjiri. Manjiri asks Abhimanyu to return back soon post he mentioned he is alone more than before.

Muskaan asks Akshara to sing as she knows the lyrics. Neelima insists Akshara to sing. Abhinav says Akshara don’t sing. He adds Akshara plays aarti on the mobile. Abhir says Akshara never sung a lullaby for him. Abhimanyu gets shocked learning Akshara doesn’t sing. He recalls moment with Akshara’s song. Akshara says she doesn’t know how to sing but she knows well to entertain. Neelima sings. Akshara dances. Abhir about to fall and Abhimanyu catch him. He further sees Abhinav gazing at Akshara. Abhinav joins Akshara in the dance. Abhir says everyone is laughing on his father. Abhimanyu join Abhinav in the dance. He further decides to go back soon. Abhimanyu says it won’t be good if he stays for long. Akshara think it will be good if Abhimanyu leaves.

Mahima scolds Parth for missing the file. Shefali brings the file. Parth gets angry on Shefali for being late. Akshara wears the nose ring. Abhimanyu and Abhinav gazes at Akshara. Abhir confront Abhimanyu about putting an evil eye on his parents. Abhimanyu clarifies.

Akshara and Abhimanyu recall their wedding. Abhinav think his wedding is just on papers and doesn’t seem real without rituals. Parth drops Shefali on the road and accuses her for being late to bring the file. Mahima offers lift to Shefali. Shefali refuses to take Mahima’s help.

Abhinav offers pahadi food to Abhimanyu. Akshara stops Abhimanyu from consuming sweet potato. Abhinav comments Akshara has knowledge of medical as it seems she has spent time with doctors. Abhimanyu think Akshara don’t have a right on their memories as she has moved on. [Episode Ends]

Precap: Abhimanyu confront Abhinav on stealing Akshara from him in drunken state.