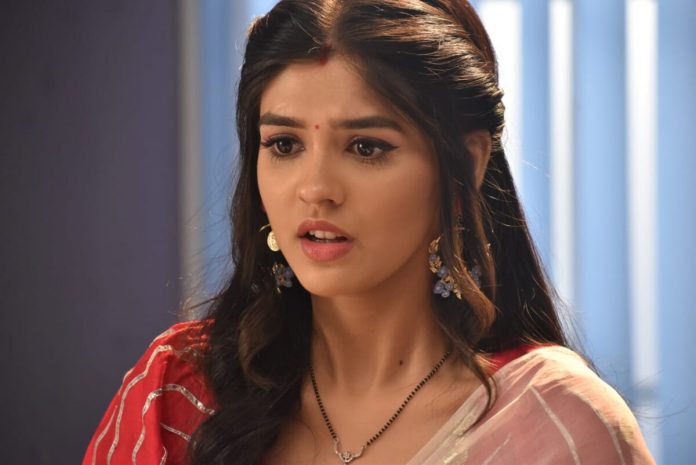 In today’s episode, Suhasini says the first year of marriage is important. Manjiri side Suashini and says man and wife should tighten the relationship grip. Abhimanyu asks Suhasini not to stress as everything is fine between him and Akshara. Akhliesh says today’s children don’t share things with the family is another big issue. Suhasini apologize to Manjiri and says because of her they got late. She gives pearls to Abhimanyu and Akshara. Suhasini asks Abhimanyu and Akshara not to leave each other’s hand. Swarna asks Akshara to go back home. Abhimanyu asks Akshara what she wants. Both argue with each other. Akshara stays back at Goenka house. Abhimanyu convinces Goenkas and Birlas to let Akshara stay back.

Mahima and Anand decide to make Parth the new CEO of Birla hospital. Anand says none will support Parth until they have a plan. Mahima says whatever it costs but Parth will only become the CEO of the Birla hospital.

Manjiri gets hurt. Harsh goes mad at Manjiri for disturbing his sleep. Manjiri recall Abhimanyu and Akshara’s word. She walks out from her room. Harsh finds Manjiri missing. Akshara and Abhimanyu talk with each other. Abhimanyu asks Akshara if Suhasini has learned about their fight as BP is high. He adds he can’t pretend to be normal more. Akshara stand mum post Abhimanyu says he can’t get over from her words that he resembles Harsh. Suhasini prays for Akshara and Abhimanyu. He asks God to keep the duo together forever. Akshara gets emotional. [Episode Ends]

Precap: Abhimanyu takes care of sleeping Akshara. Kairav holds Abhimanyu’s collar and asks him to speak up why Akshara is stressed. He decides to take Akshara with him. Akshara asks Kairav not to interfere in her matter.