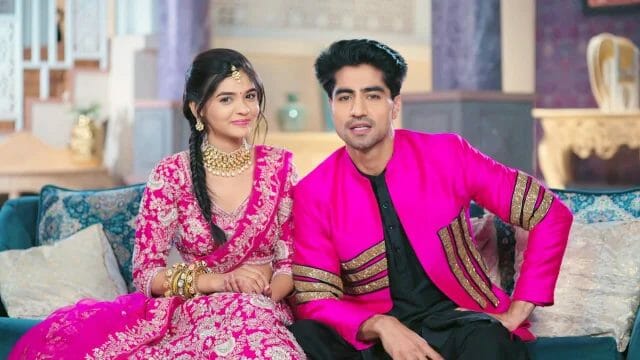 Akshara makes a brew again. Abhimanyu gives a hug to Akshara. Akshara hugs back Abhimanyu. Suhasini talks with Swarna about keeping puja at Goenka house. Manish and Akhliesh likes the idea. Manish talk about Kairav’s wedding. Swarna says Kairav should talk about Anisha. She asks Kairav to talk with Anisha. Kairav clears to Goenkas that he isn’t clear about Anisha.

Manjiri asks Anand if there is any ray of hope. Anand talks about Kunal Khera and says he is an efficient doctor but has left surgery. Abhimanyu says to Akshara that he too heard about Kunal. Abhimanyu asks Anand when they can meet Kunal. Birlas get upset learning from Anand that Kunal is known doctor but he doesn’t do surgery anymore. Abhimanyu loses hope. Akshara tries to convince Abhimanyu’s hand might become a reason for Kunal’s comeback. Abhimanyu leaves the place. Mahima says while saving Akshara, Abhimanyu got hurt. Akshara feels bad. Anand tells Harsh is also looking for best surgeon and he will visit them soon.

Abhimanyu gets emotional too. Akshara sees upset Abhimanyu. She stands hopeless. Akshara encourages herself. She decides to find Kunal for Abhimanyu. Kairav recall Manish and Swarna’s talk about his alliance. He tries to connect with Anisha. Anisha ignores Kairav’s message. Kairav think Anisha should clear about the relationship status as he is fed up. Manish and Swarna overhears Kairav.

Akshara tries to find about Kunal Khera. She wonders there is no information about Kunal anywhere. She decide to find him. [Episode Ends]