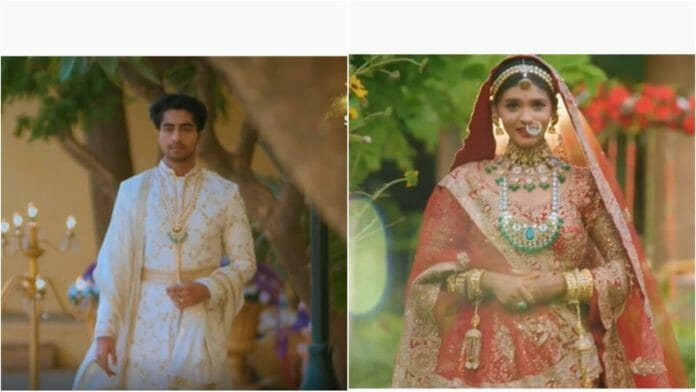 In today’s episode, Neel seeks Abhimanyu’s blessing before starting his work at Birla hospital. Neel thanks Abhimanyu for supporting him always despite knowing he is an orphan. Abhimanyu asks Neel to cut the crap and focus on his work. He asks Neel to be happy always. Abhimanyu worries for Akshara.

Akshara makes a video call to Abhimanyu. She cries and informs him that he won’t believe what happened at the hospital today. Abhimanyu think something wrong happened with Akshara. He decides to get her a job to a better place. Arohi tries to talk with Abhimanyu. Abhimanyu takes his friend help to get a job for Akshara.

Shefali tells to Akshara that Vineet is Abhimanyu’s friend where she got the job opportunity easily. Neel says to Akshara that she should join charitable hospital. Parth and Shefali ask Akshara to join Abhimanyu’s friend hospital. Kairav distribute sweets among Goenkas. Goenkas think if Anisha is back. Kairav asks Goenka’s to move on from Anisha. He informs them that Akshara got the job. Arohi gets angry learning about Akshara’s job.

There, Abhimanyu walk away angrily. He throws the offer letter he got for Akshara. Neel, Shefali and Parth’s stand shocked. Shefali asks Akshara if Abhimanyu didn’t inform her. Akshara side Abhimanyu and says he is concerned about her. Shefali says still he should have asked her once. Arohi gets angry recalling Goenka’s praising Akshara.

Later, Akshara makes Abhimanyu understand that his concern for her is genuine but she wants to choose her career by her own. She says to Abhimanyu that he is always with her in the form of her inspiration but she wants to fight alone to find her worth. Akshara asks Abhimanyu whatever job he will choose for her she will be fine with it. Abhimanyu allows Akshara to work in a charitable hospital. Akshara gets happy.

Manjiri asks Akshara to best use the opportunity and do what she failed to do. Akshara learned that Manjiri too wanted to make singing her profession.

Precap: Harsh lashes out at Neel for signing the important paper. Akshara shocks Manjiri by telling her that she knows about Neel’s adoption.