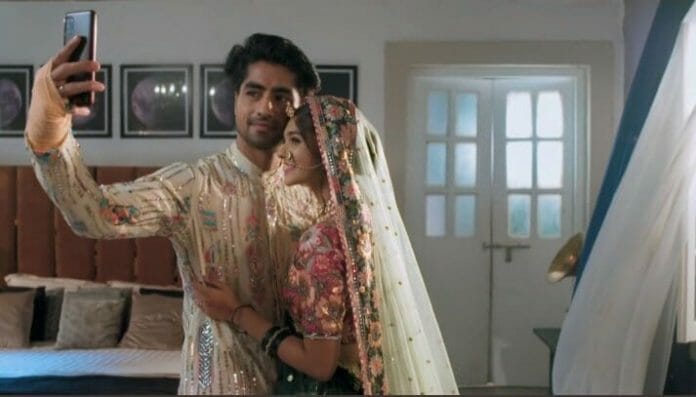 In today’s episode, Abhimanyu says God also want Akshara’s birthday surprise to be super hit thus Akshara is not at home. Manjiri agree with Abhimanyu. Parth asks Abhimanyu to call Kairav and Vansh too for the preparation. Arohi tells to Akshara that Swarna has send food for them. Akshara asks Arohi to give it to Manjiri as she is in hurry. Arohi decode Akshara is hiding post she spot medical file in her hand. Akshara leave. Arohi decide to follow Akshara to learn what latter is hiding. Akshara pray to meet Kunal. Arohi looks for Akshara.

Abhimanyu along with Parth, Neil, Manjiri, Kairav and Vansh bake cake. He getsupset post not able to write name on cake. Kairav boosts Abhimanyu. He says he did so much work instead focusing on the one he isn’t able to do. Abhimanyu manage to write Happy Birthday Akshu on cake. Vansh says Akshara married a doctor despite knowing how bad their handwriting is. Neil says Abhimanyu’s handwriting on cake is much better than his prescription. Everyone laughs.

Kairav thanks Abhimanyu for loving Akshara’s unconditionally. Abhimanyu asks Kairav to stop turning him emotional. Kairav enquires about Anisha. He asks if she is coming. Abhimanyu tells to Kairav that Anisha don’t give reply. He asks Kairav if Anisha is in his contact. Kairav says sometimes they talk.

Abhimanyu asks Akshara if she is coming back. Akshara replies to Abhimanyu. She waits for Kunal at Dargah. Akshara asks a person out there if Kunal will come to the Dargah. Person told Akshara that Kunal might come as he never misses to visit Dargah. Akshara pray to God to send Kunal as only he can return Abhimanyu’s happiness. Arohi gets irked seeing Akshara.

Abhimanyu prepare gift for Akshara. He gets upset thinking he can’t do anything properly. He tries to play guitar and sing. Other side, Akshara wait for Kunal. Goenkas visit Birla’s. Manish asks Manjiri about Abhimanyu. Manjiri tell to Goenkas that Abhimanyu is trying to be happy hiding his pain. Goenkas look for Akshara and Arohi. Kairav message Akshara and Arohi. Akshara and Arohi replies to Kairav that they will be on time. Harsh learn about Akshara’s birthday. He send envelope to Akshara through Anand. Abhimanyu call Akshara and enquire if she is at Dargah. [Episode Ends]