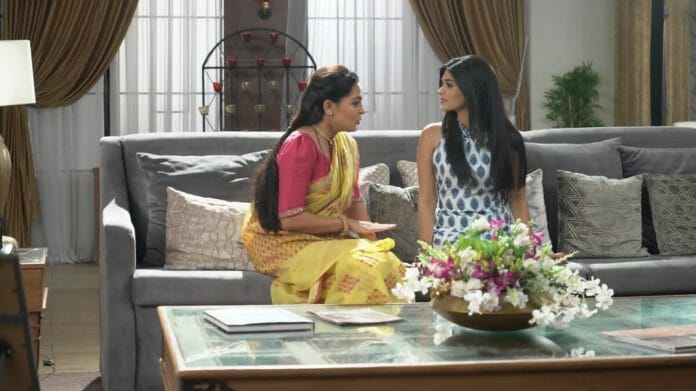 In today’s episode, Suhasini and Swarna thanks God for saving Kairav and Manish. Suhasini says Dhanteras real meaning is to be together. Kairav thanks Akshara for believing on him when he himself lost his confidence. He adds to collect the proofs what all she has gone through only she knows. Akshara says they should not count after doing something for the close one. Swarna says Akshara’s hardwork is paid off. She thanks they can’t thank Abhimanyu too. Kairav says he is thankful to Abhimanyu too.

Abhimanyu says to Mahima that since she refuses to apologize thus he is sorry as from now on he won’t be able to give her respect. He waits for Akshara’s call. Akshara fail to decide whether to make a call to Abhimanyu or not. Kairav talks with Akshara. He tries to convince Akshara to give a second chance to her relationship. Suhasini interrupt Kairav and Akshara. She asks Akshara to be careful if she is going to give second chance to her relationship. Suhasini says to Akshara that in second chance they can’t make any mistake. Akshara is perplexed.

Shefali lecture Parth for siding Mahima. She says he lost Anisha. And today he also lost Manjiri and Abhimanyu too. Parth realises his mistake. Anand asks Mahima what she is upto. Swarna talk with Manish about Arohi and Neil’s wedding. Manish ignores Swarna. Swarna says she understands he is against the wedding but she genuinely wants Arohi and Neil to be happy together. Abhimanyu waits for Akshara’s talk. He think if Manish will not let Akshara call him.