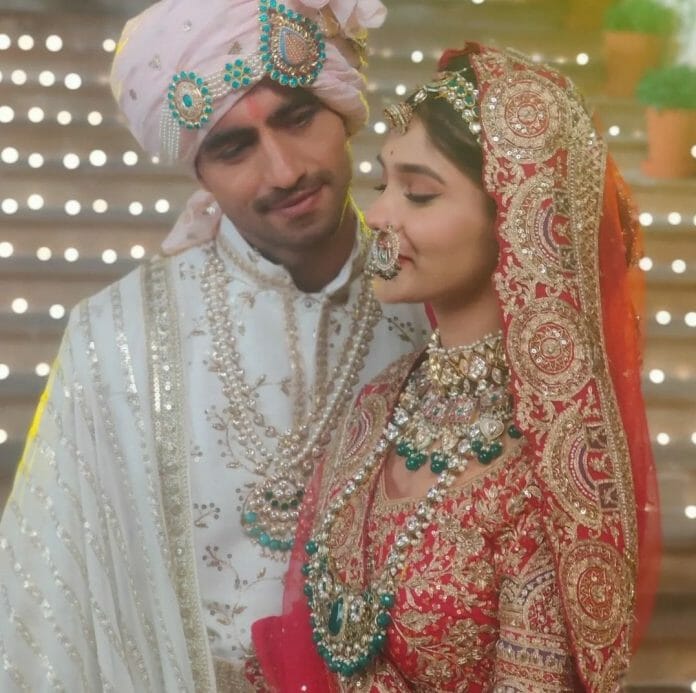 In today’s episode, Abhimanyu telling what is the use of DNA. Manjiri gets afraid learning few uses the test for identifying their parents while few use to learn about their children. Akshara find Manjiri restless. Abhimanyu asks Manjiri not to worry as test is simple. He decides to clean the broken glass pieces.

Akshara tries to help Abhimanyu. Abhimanyu stops Akshara from helping him. Manjiri asks Abhimanyu what is the need of getting DNA tested. Abhimanyu says it is needed to make a database. Manjiri says why they are involving Birla’s. Abhimanyu says because we all know about Goenka’s and Birla’s still we are clueless about Neil. He adds what if Neil needed in the future.

Akshara asks Manjiri why she is restless hearing about DNA. Manjiri escapes the talk. She thinks a secret is hidden from years what if it will come out in open tomorrow. Manjiri prays to God to protect her family. Suhasini and Swarna looks groom for Arohi.

Akshara sees the adoption paper. She thinks why Manjiri was so restless hearing about DNA testing. Abhimanyu takes the paper from Akshara’s hand. He asks what she is doing with the papers. Akshara tell to Abhimanyu that by mistake the papers reached her. Abhimanyu asks Akshara to ignore and decide to sort their differences.

Arohi think how Akshara gets everything easily and she has to struggle for everything. Kairav talks with Arohi and says to her that she should not worry as she can choose a groom for her. Arohi thanks Kairav for supporting her.

Abhimanyu and Akshara share a talk. Abhimanyu asks Akshara what he did wrong by correcting the corrupt people out there at charitable hospital. Akshara makes Abhimanyu understand that she can deal with the people and situation. She assures Abhimanyu that if ever she will need his help she will call out to him. Abhimanyu gets convinced. Akshara asks Abhimanyu not to waste their metime. Both share a hug.

Late at night, Manjiri gets a nightmare. Harsh wakes up Manjiri. Manjiri gets terrified. Afterwards, Akshara struggle to wear a saree. Abhimnayu helps Akshara. Both get romantic with each other. Akshara asks Abhimanyu to take her on a dinner date. Abhimanyu agrees.

Next, Akshara gets scolded by the staff at her workplace for coming late. She further learn that a good doctor is needed at the hospital. Here, Abhimanyu think Akshara might be upset again as he got late. Abhimanyu gets shocked seeing Akshara decorated his cabin. [Episode Ends]

Precap: Mahima asks Manjiri if she will come for DNA testing. Harsh says Manjiri is not needed. Abhimanyu decide to take Manjiri along. Manjiri gets restless