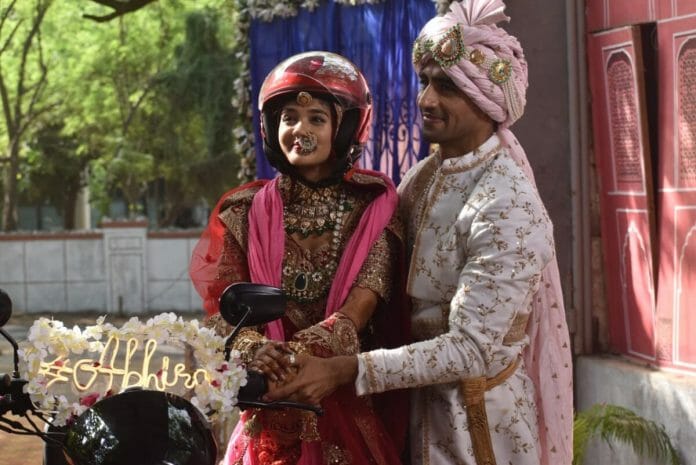 In today’s episode, Abhimanyu introduces Akshara to Jagdish and Sahil. He tells to Akshara that he runs orphanage. Abhimanyu tells to Akshara that Sahil can’t speak but he likes music. He asks Akshara to help the child. Akshara says that music department at Birla hospital is no more and calls Jagdish and Sahil to her charitable hospital. Jagdish says to Abhimanyu that Akshara is kind hearted like him. He recalls Abhimanyu adopting a child at young age. Akshara confront Abhimanyu about the adoption. Abhimanyu shares with Akshara about Neil’s truth. He tells Manjiri used to take her to the orphanage and Neil used to hold his hand like he will never leave him. Abhimanyu recalls his past with Neil. Akshara hugs Abhimanyu and says he is a good man. Abhimanyu says to Akshara that if they haven’t adopted Neil than she wouldn’t have got a brother-in law like him. Akshara feels glad. She recalls her relationship with Sirat.

Neil bumps into Arohi. He asks Arohi to see and walk. Arohi says same applies to her too. Arohi further checks the DNA report and decide to reveal Birla’s truth to Akshara. Abhimanyu informs Akshara about the surgery. Akshara says to Abhimanyu that they should fetch a time and discuss about family. Abhimanyu think seeing Manjari and Harsh’s relationship he don’t trust relationships. Abhimanyu thinks why he is so restless today.

Arohi eats sweets and get happy. Neil asks Arohi the reason for her happiness. Arohi think she is excited to reveal the truth to Akshara.

Manjiri enquires Rohan about DNA report. Rohan says it is with Sir. Manjiri gets stressed thinking Harsh might learn the truth. Akshara calls out Manjiri. She asks if Manjiri if she has done the puja arrangement or not. Manjiri tries to avoid Akshara. Akshara takes Manjiri with her. Abhimanyu bumps into Neil. He helps Neil in completing Harsh’s work. Neil thanks Abhimanyu for always being there for her. Abhimanyu assures Neil that he will be there for him always.

Akshara sees the arrangements. Abhimanyu grabs Akshara and gets romantic with her. Abhimanyu showers kiss to Akshara. He further says to Akshara that he can’t make their first kiss at hospital storeroom. Akshara says to Abhimanyu that feelings matter.

Afterwards, Arohi reveals to Akshara that Neil is Harsh’s illegitimate child. Akshara gets shocked. She decides to tell Abhimanyu the truth. Abhimanyu gets busy with his surgery. Akshara tells to Manjiri that she learned the DNA truth which she was hiding. Manjiri request Akshara to hide the truth. Anand starts the function. He says Harsh will tell the hospital history in the meantime as Abhimanyu and his team is busy. [Episode Ends]

Precap: Neil says to Abhimanyu that he is not an orphan. Abhimanyu gets angry. Manjiri misunderstands Akshara. She think Akshara break Neil’s true identity.