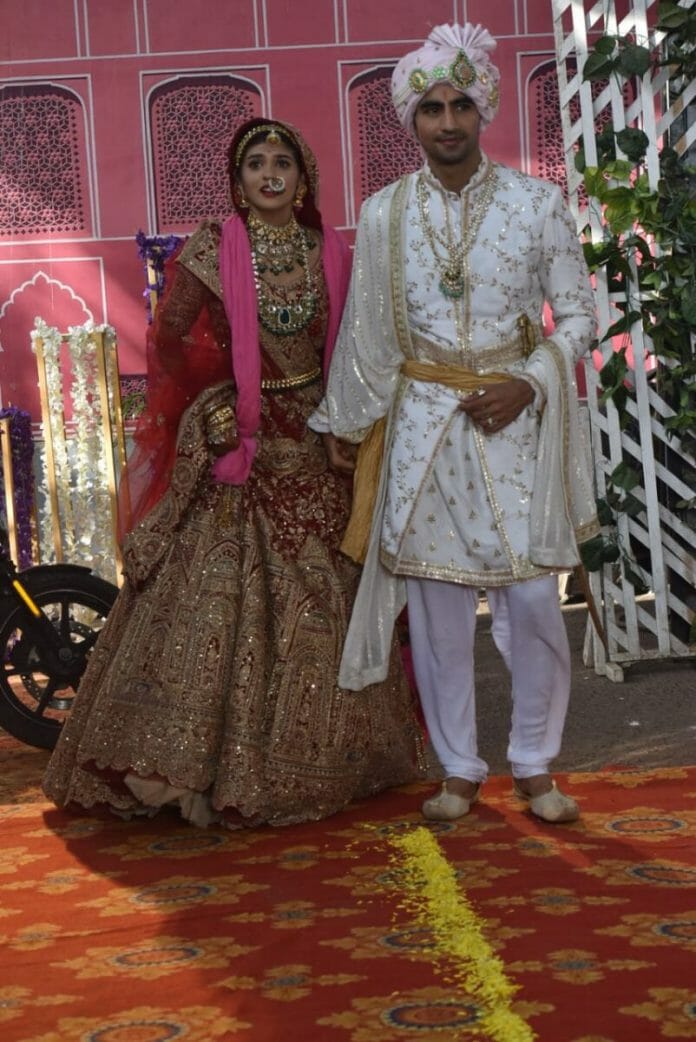 The Thursday episode of Rajan Shahi’s “Yeh Rishta Kya Kehlata Hai” started with Abhimanyu comforting Akshara and telling her that she can visit the Goenkas any time she wants and she has the freedom to do whatever she wants and he will never stop her. He tells the Goenkas that they have not lost a daughter but gained a son and they shouldn’t mind if he comes to stay with them and that they can visit Akshara whenever they want. They all try to cheer up Akshara and she finally smiles. Neil then gets some music played so that Abhimanyu can leave with his bride. Abhimanyu and Akshara leave on his bike.

On the way they stop to pray. Akshara calls her home and everyone is happy to see her. They then ask them to go home. Akshara starts the bike and she remembers how she first came to the Birla house and how she left crying, but now she is going there as Abhimanyu’s wife. Meanwhile, Manjari is doing all the preparations before Akshara and Abhimanyu reach.

Once Akshara and Abhimanyu reach, Akshara is overwhelmed with emotions and tells Abhimanyu that she is excited and nervous for all the rituals she will have to do. She rings the bell and is surprised to see only Manjari and Neil at the door. The house was dark and nobody else was present. Akshara and Abhimanyu were shocked to see this.

In the upcoming episode, we will see that Abhimanyu gets a call from the hospital about one of his patients and Akshara asks him to go. While Abhimanyu is busy with a surgery, Akshara misses him and is talking to his shirt and congratulating it on the wedding. After the surgery, Abhimanyu notices Aarohi at the hospital. She tells him that Harshvardhan called her for some case. To know what happens next, keep watching “Yeh Rishta Kya Kehlata Hai”.