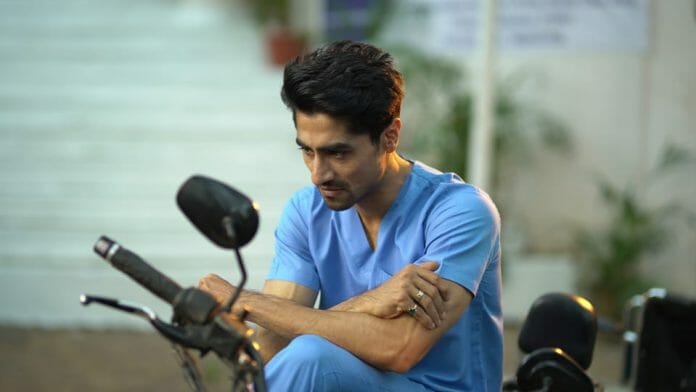 Rajan Shahi’s “Yeh Rishta Kya Kehlata Hai” saw a big drama happening in the Birla house. The Friday episode began with Abhimanyu talking to Anisha and asking her to calm down. He is worried about her and feels they should inform the others about her.

Meanwhile, Harshvardhan is bragging about how he fired Akshara from the hospital. He tells the family a guitar player had no business in a reputed hospital like theirs. He tells them that she is very stubborn and handed over her resignation letter to him saying that he can’t fire her. Abhimanyu heard it all, and threw a lamp. He tells Harshvardhan that the woman he is referring to is the love of his life, and he should talk about her with respect. Later, he tells Aanand that he is quitting the hospital. Hardhvardhan asks him why he always keeps threatening them but Abhimanyu tells him that this time he is doing it and as for the reason for his resignation, he asked Harshvardhan to put his name. Abhimanyu tells Manjari to not stop him this time. He tells them that he has a few pending surgeries left and he will leave once it’s done.

Later, Neil calls up Akshara and tells her that she should be with Abhimanyu. A disturbed Abhimanyu comes out of the hospital to breathe some air. He hears Akshara’s voice and follows it. Akshara asks him if he has really thought it through, to which Abhimanyu tells her that he became a doctor to help the needy and he can do that anywhere. Akshara then asks him if that is all that is disturbing him. Abhimanyu remembers Anisha’s incident and wants to share it with her but just then he gets a call for the surgery, and he leaves.

After a while, Abhimanyu gives his id back to Anand. He tells him that he will finish the formalities and leave. Aarohi comes to Abhimanyu and tells him that she and Akshara have sorted their differences and she won’t be working under him. Abhimanyu wishes her the best and tells her to treat Akshara better because she really loves her. Aarohi then finds Abhimanyu’s stethoscope and goes after him to give it back. She hears Abhimanyu talking to someone about her wrist and promises to meet her at some cafe. Aarohi calls Akshara and asks her to meet at the same cafe. Akshara is surprised that Aarohi is doubting Abhimanyu. Meanwhile, Abhimanyu is with Anisha at the cafe and tells her that they should inform the others about her to which she tells him that she will kill herself if he did so.

In the upcoming episodes, we will see that Akshara bumps into Anisha at the cafe. Later, she calls up Abhimanyu and tells him something big has happened. To know what happens next, keep watching “Yeh Rishta Kya Kehlata Hai”.