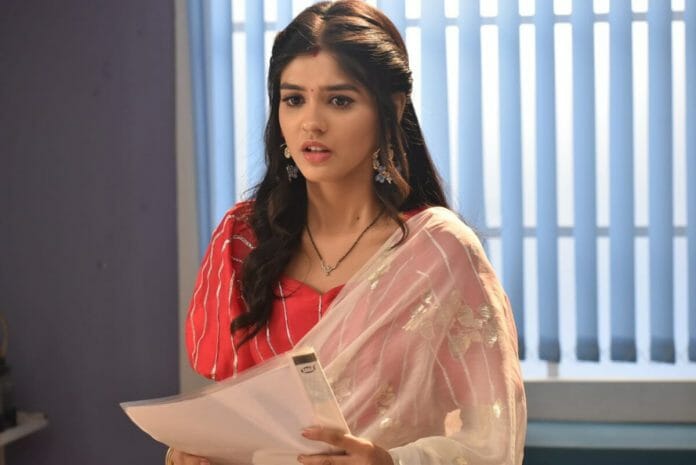 The Thursday episode of Rajan Shahi’s “Yeh Rishta Kya Kehlata Hai” started with Anand telling Harsh that they should put Mahima’s mother’s name outside the DNA Testing Lab as they made the hospital on her parents’ land. Harsh refuses saying they are the ones who built the hospital and made it so successful. Abhimanyu comes there and they ask him to come to the hospital with them to check the arrangements for Founder’s day. Abhimanyu apologises to Akshara and leaves.

The next day, Abhimanyu is seen doing his prayers and heard saying that he is worried about the day. Later, at the breakfast table, Harsh is sure that the founder’s day celebration will be a success. Mahima then asks Manjari if she is coming, but Harsh tells her that there is no need. Abhimanyu comes there and tells him she can rightfully come as the hospital has been made on her father’s land, and if not that then as his mother she must come. Harsh then asks Neil for the list of doctors who are invited for the celebration. Abhimanyu takes it from him and calls out their names. He takes one Dr. Avni’s name which leaves both Manjari and Harsh in shock. He asks Abhimanyu to strike off her name as she is dead. Manjari is shocked to hear this and Akshara can sense the tension. Manjari goes to get something from the kitchen and is crying wondering if the secret will be out. Akshara tells her that she can share with her if anything is upsetting her, but Manjari leaves from there.

Later, Akshara goes to the hospital and hears someone say that Manjari has asked for the DNA reports. Akshara senses there is something in them and goes to collect it. She soon realises that if she interferes, it will hurt Abhimanyu and leaves the report there itself. However, Aarohi accidentally takes them.

In the upcoming episode, we will see that Aarohi tells Akshara that Abhimanyu is Harsh’s illegitimate son. His DNA matches 98% with Harsh’s but 0% with Manjari. Akshara is shocked to hear this. Later, Akshara tells Manjari that she knows the secret that she was trying to hide about the DNA test. Neil is crying when Abhimanyu takes a paper from him while Akshara and Manjari look at him in shock. To know what happens next, keep watching “Yeh Rishta Kya Kehlata Hai”.