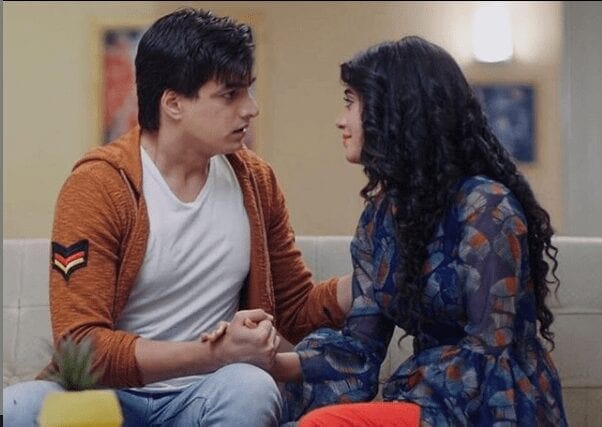 Star Plus one of the longest-running show Yeh Rishta Kya Kehlata Hai is very successful in capturing beautiful family moments and well-fictionalized dramas with accurately depicting every nuance of different familial relationships. The show is getting more interesting at this point as it is now showcasing its leads- Naira and Kartik as parents to an adorable boy. Where Kartik is still unaware between the real relationship between him and his son, Naira wishes not to intrude in Kartik’s life and his impending marriage with Vedika just because Kairav would want to know more about his own father.
Now as per the spoilers, the upcoming episode is going to be an emotional one where Kairav will desperately try to call Kartik but will fail to get him into the call. This will lead him to be sad and as a result, he will fall severely ill. His condition will lead to Naira panicking and she will rush off to the hospital with him.
Kairav will still not leave his stubbornness and ask Naira to call Kartik for her. He will demand of Kartik and want to meet him anyway. Naira will try to call Kartik as she sees no other option but Kartik will not respond.
In the meantime, Akhilesh will tell Kartik not to marry Vedika. Naira will text Kartik to inform him about Kairav illness. As Kartik reads the message, he will immediately rush to Goa to meet Kairav. But in the middle of his running out, he gets jingled up into an incident with Vedika.