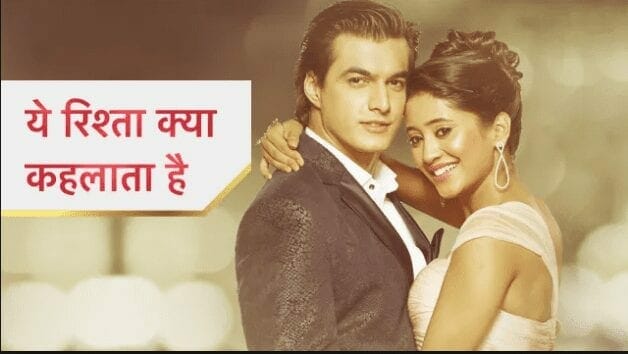 Today’s episode starts with Suhasini announcing the one who will first put the basket will be the winner. Team Naira and Team Kartik gets ready. Kairav says to Naira that they have to win and falls down. Kartik rushes and consoles Kairav. Kairav recalls Kartik hurting Naira and goes away from Kartik. Kartik deliberately loses the match. Kairav gets happy. Naira tells to Kairav that they won because of Kartik. Kairav gets happy and says he knows.

Ahead, Kartik and Naira talks with each other and Kairav over hear Kartik’s talk where he was confessing he was pretending to be decent in front of Kairav. Kairav runs back to his room and throws the stuffs and says he hates Kartik, as he always hurt Naira. Naira bumps into Surekha and gets confused seeing medicines in her bag.

Ahead, Kairav demands Naira to order new father online. He says he don’t like his father thus before Diwali he wants a new father. Naira says to Kairav that he is talking bad. Kairav says she always gifts something on Diwali and this time he wants new father. Naksh surprisingly reacts on Kairav’s demand.

In the morning Goenka’s prepare for Diwali. Naira thinks if she too can get some work to do. Suhasini ask Naira to decorate puja plate. She further asks about Kartik, house helper informs that he has seen Kartik going out from the house early morning.

Afterwards, few men enters Goenka’s house on the Punjabi beat and tells that they are there to deliver special delivery to Kairav.

Kairav opens the gift box and Vansh reads, kairva’s new father. Kartik disguise as Punjabi boy and Kairav gets happy seeing him. Goenka’s and Naira gets confused. Naira thinks why Kartik did this. Kartik dances with Kairav and sees Naira standing teary. Kairav introduces his new father to Naira and other family members. Kartik meets everyone, and tells his name Jolly. (Episode Ends)

Precap: Kartik and Naira does argument and Kairav sees them.