Today’s episode starts with Mishti informing to Rajshree that Kuhu said No for ‘Godhbharai’ function. Rajshree gets upset. She asks Varsh to talk with Kuhu about the same. Vasha excuses herself saying she will not interfere in the matter became Kuhu didn’t took her permission to become surrogate nor did they support her.

Late at night, Abir tries to cheer Mishti. Mishti shares with Abir and ask do really it feels like butterflies in the stomach when baby kicks. Abir goes speechless. Mishti worry thinking what if she didn’t bond well with the baby. Abir assures Mishti and gives her a dairy to write the things she is not able to share with the baby currently. Mishti gets happy with the idea.

In the morning, Kuhu decides the theme for her baby shower. Mishti shares her odea. Party planner likes Mishti’s idea but Kuhu asks Mishti not to give tacky ideas for the party. She tries to defame Mishti. Meenakshi comes and supports Mishti. Here, Abir seeks Rajshree’s help for one more surprise.

There, Rajshree asks Varsha to accompany her to Kuhu’s baby shower. Varsha refuses to come with them. Jasmeet and Rajshree leaves for the party. Mishti gets happy seeing Rajshree and Jasmeet.

Kunal and Kuhu comes. Kunal asks Kuhu why only her pictures on the wall and not of Mishti. Kuhu explains she asked Mishti to share any idea if she said. Mishti said no. Kuhu confirms from Mishti. Mishti says yes. Ahead, Kuhu’s baby shower happens. Varsha too comes and Kuhu gets happy seeing her. Mishti stops Varsha from telling to Kuhu that she insisted her to come at the baby shower.

Later, Mishti gift Kuhu a dress. Kuhu gets angry at Mishti and tells to her that she won’t let her ever forget that because of her she became mother.

Further, Abir reveals to Mishti about her ‘Godhbharai’. Mishti gets mesmerized seeing Abir, Rajshree and Meenakshi’s surprise. Later, Kuhu gets stunned seeing family celebrating Mishti’s Godhbharai. Varsha says to Kuhu that eventually Mishti is going to be the mother of the child, thus she was against surrogacy. Kuhu stands teary. Kunal comes and gets shocked seeing the function too. (Episode Ends)

Precap: Kuhu gets hyper. Doctor tells high BP is not good in pregnancy. Kunal gets angry at Mishti and Abir for what they did and frees the duo from responsibility of taking care of Kuhu. Misbhir stands still. 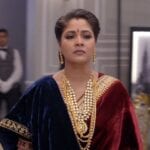 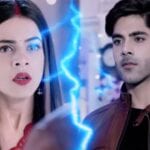 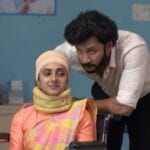 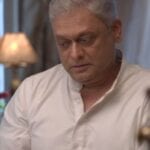 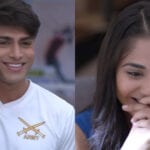