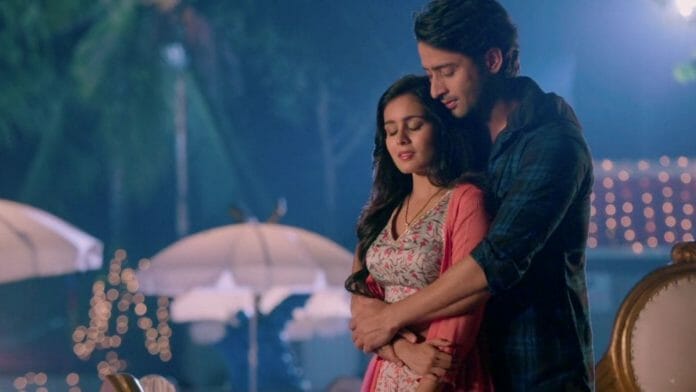 Episode begins with Mishti was getting ready, seeing Abir in her room she gets shocks and hides behind a curtain. She asks what is he doing in her room? He says he came to meet his friend one last time. She says she is nervous and asks Abir is fine or not? He says he is fine. She asks him to not hide anything from her because she knows he is not happy nowadays. He says she can’t solve his problem. She gives her diary to him to write his problems. She asks him to tell her first if it’s about any girl and says she can’t see him in trouble. He says he knows that and leaves from there.

Abir decides to leave the city. He reads her diary and realizes that Mishti loves him so decides to tell the truth to Kunal. He says Mishti’s courtship happened with Kunal but she likes Abir. Abir gets call from Nanu. Nanu says Mishti is not happy with her relationship with Kunal, he saw that in her eyes. He says when Kuhu asked Mishti that did she loves Kunal, that time Mishti didn’t answered. He says to break the wrong relation Abir has to come back. While dancing Mishti was about to fall but Abir catches her.

Mishti gets happy seeing him there. Abir takes Kunal with him saying he have to talk about something. Kunal says Mishti father is murderer and Mishti’s family hided that. Abir says Mishti too doesn’t know about that and he have talk more important than that matter. Mishti comes there and says she have to talk something important with Kunal and gives balloons to Abir. Abir goes from there.

Mishti says Kunal never took stand for her and he never trusted her too. She says she can’t ask his permission everytime before doing anything. She says he didn’t wanted this courtship and she blindly trusted him. She says she trusted her father blindly but he broked her trust so she needs a person whom she can trust blindly and that person is not Kunal. She says she and Kunal are not made for each other so she is breaking the relation.

Kunal gets angry and says Mishti and her family lied to them always and now she have the guts to break the relation by blaming him. Meenakshi says Kunal is right. Varsha says Mishti never lied. Nanu says Mishti doesn’t know about Naman. Kunal says trust should be earn, can’t give it as a gift and Mishti never earned his trust. He goes from there saying he doesn’t wants to see Mishti face never in his life. (Episode ends).