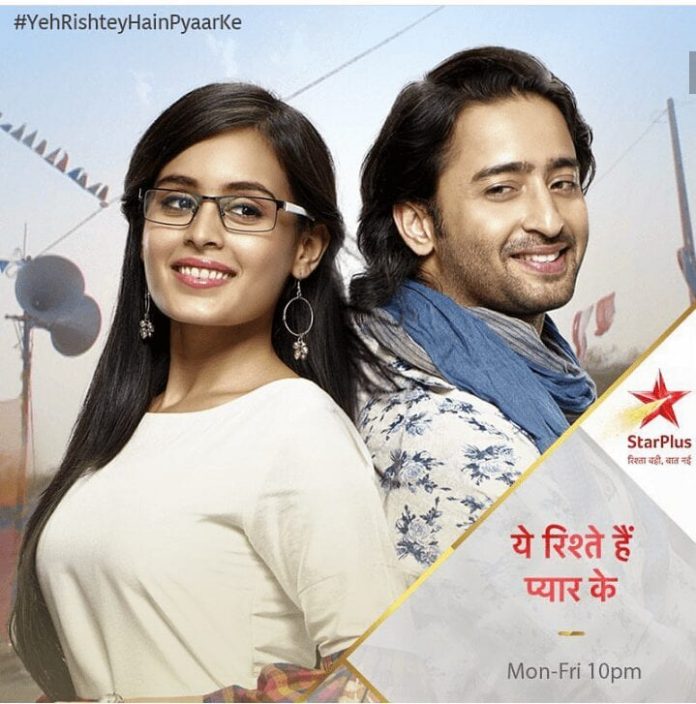 Episode begins with Mishti recalls how Abir always took stand for her and apologize to Meenakshi for all the taunts she heared because of her. She says she misunderstood and once again apologize to her. Rajshri stops Mishti and asks her to not go alone and says she also will accompany her. But Mishti denies and asks her to stay. Vishwamber says Mishti can’t stay ignoring her self-respect so it’s good that she is going instead of staying here.

Mishti says she is not angry with anyone so he need to talk to anyone about it. He says if she says then he will try. Mishti leaves from there and cries. Abir says anger suits Mishti not tears. She shocks seeing him and wipes her tears. He asks why she apologized to Meenakshi? He says by staying silent she can’t run away from the problems.

Meenakshi asks why Kunal asked Mishti to apologize to her. She says now Abir is with Mishti and in emotional phase they can come more close to each other and says Vishwamber too taunted her in this issue. Kunal says Kuhu doesn’t likes Mishti. Meenakshi shocks listening him and decides to use that against Mishti.

Abir cheers the sad Mishti. (Sathiya plays in background) Meenakshi says God gave her another chance to save her family from Mishti so she won’t leave this chance. Abir gives one bracelet to Mishti and apologize to her. Mishti says it was her mistake that she asked his help. She says she doesn’t wants to be burden to Vishwamber. Abir says she is insulting Vishwamber by saying she is burden to him.Nidhi praises Kuhu and says she is looking so pretty in her engagement.

Abir asks Mishti that why she didn’t wear that bracelet? She says she didn’t felt to. He says what she will do if he forcefully make her wear that. She says if he did it then he will get answer for his one question. Hearing Meenakshi voice Mishti asks Abir to hide. Meenakshi comes there and praises Mishti and says she came to bring her and now marriage happening so everyone should stay happy. While dancing Abir forcefully make Mishti wear that bracelet and it turns out to be her dream. Kunal gets message from someone and goes from there.

Mishti apologize to Abir for putting colour on him. Using that chance Abir makes her wear that bracelet. She blushes after realizing what he did. They shocks seeing Shweta hugging Kunal and says no one should see them like this. Shweta says how can he marry Kuhu. Kunal asks her to not touch him. Kunal and Kuhu’s engagement happens. Abir congratulates Kunal and Kuhu. Meenakshi says Shweta will get the money and asks her to do the job rightly.Vishwamber gets courier and shocks seeing Kunal and Shweta pictures in that and asks who did this?

Kuhu’s father brings one guy and says he only sended that courier. That guy says he got mail from someone and tells Mishti’s mail id, he says from this mail id he got these pictures. Kunal says to took revenge from him Mishti doing all these.Meenakshi says she wants answer from Mishti. Mishti was about to go from there but Abir stops her and asks did she sended that email? She says no. He says if Mishti saying no then she did nothing.

Precap – Mishti says she can’t get better life partner than Abir and decides to propose him but shocks seeing Meenakshi there.