Today’s episode starts with Vishambhar asking Abir where Mishti is. Abir heads down. Vishmabhar says to Abir that he promised him that he will take care of Mishti. He threatens Abir that in 2 hrs if he doesn’t return Mishti to him than he will make police complaint against them. Meenakshi gets angry at Vishmabhar. Vishambhar asks Meenakshi to get ready to go to jail. After, Vishambhar leaves; Abir and Kunal search for Mishti. Meenakshi tries to stop them but they ignore her and look for Mishti.

Other side, Rajshree prays to God to return Mishti to him. Abir and Kunal learns from the cab driver, Mishti stopped the car at nearby bus stop. There, Mishti cries thinking soon her bus will arrive and she will go far from Abir forever. She dreams of Abir. Meanwhile, Abir and Kunal reach the bus stop and search for Mishti. Later, Abir finds Mishti. Mishti stands shocked.

Abir gets angry at Mishti for leaving him. Kunal asks Abir to calm. Abir asks Mishti to go because she doesn’t care for him. Mishti hugs Abir and stops him. She apologizes to Abir.

Varsha tells to Rajshree that Abir finds Mishti. Vishambhar decides to bring Mishti home. Rajshree makes him understand that Mishbir needs each other at this time.

There, Mishti complaints to Abir that he is a liar and always sheds his pain but she spotted him at the hall. Abir tells to Mishti that he wasn’t lying to her. Here, Meenakshi decides to make Mishti sign divorce papers. He asks Khureshi to start wedding preparations.

Abir learn from Mishti that Meenakshi was about to take sleeping pills thus she decided to leave the house. Abir asks Mishti not to leave him at any cost. Kuhu gets sad seeing Abir’s condition. He shares with Kuhu if he can help Abir in this situation, he won’t step back.

Kuhu, Kunal and Mishbir returns home. Nidhi welcomes them. Abir reveals them that he has decided to adopt a baby. Kuhu and Kunal gets happy. Mishti too gets happy. Meenakshi gets angry at Abir’s decision. She announces that her family will be carried forward by the real heir only. (Episode Ends) 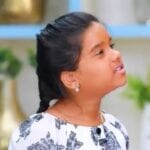