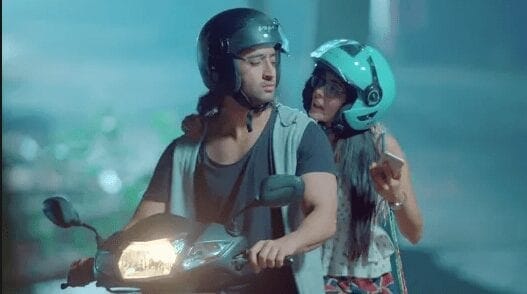 In Star Plus’s current hit romantic family drama Yeh Rishtey Hain Pyaar Ke, while Meenakshi and Sweta are hell-bent on breaking off the budding relationship between Kunal and Kuhu, Abir and Mishti are trying their best to protect them. In the upcoming episode of the show, Sweta will invite Kuhu and Kunal for her birthday party. It seems like she is planning to pull some of her tricks on the party itself. Mishti will know about the invitation given by Sweta to Kunal and Kuhu for attending her birthday party together. She will sense something fishy and will tell Abir about the fact. Abir will also be concerned about Kunal and Kuhu’s well being as he is already aware of Sweta’s intentions behind returning to Kunal’s life. Abir and Misthi will, therefore, think of some ways to keep Sweta and her cunning tricks away from Kunal and Kuhu’s relationship.

On the other side, Parul will be aware of Meenakshi’s intentions. She will realize that Meenakshi is trying to separate Kunal and Kuhu and she is the one who is using Sweta to her advantage. What will she do after knowing this truth? That is for time to tell. Moreover, in another scene in the upcoming episode, Mishti will try to stop Kuhu from meeting with Sweta. Mishti will make excuses to divert Kuhu from going anywhere near Sweta. But will she be successful? sooner or later Kuhu will certainly be aware of Sweta’s real picture. What will happen then? Will Abir and Mishti be able to protect her from getting hurt?

Will Kunal cut off the past ties with Sweta and hold Kuhu’s hand against all odds? Keep tuning to the show for knowing the answers to the questions.