Star Plus popular daily show continue to keep the audience engrossed with their current track. In the upcoming episode, Mishti will confess to Rajshri about her suspicion of Mehul and tells her she needs to go to Rajgarh tomorrow. Rajshri will be shocked as tomorrow is Mishti’s engagement. Mishti will try to convince Rajshri by telling her that Abir trusts his father blindly and he is not what he seems to be. Tomorrow is her only chance to learn the truth as there will be Mela in Rajgarh. She will tell Rajshri that she was very hurt when she learned her father has been blackmailing Rajshri for money and she wants to protect Abir from such hurt as she knows he will break down. Rajshri will refuse and tells her she is not going anywhere until the engagement is done.

Meenakshi will be having breakfast when Mehul comes. She starts to leave and Mehul will taunt her that she lost her appetite already, what will she do when he reveals Kunal secret to everyone. A courier comes and Mehul takes the envelope from Parul forcefully. Parul will tell him it is for Abir. Mehul will open it telling Abir has given him the right, he will show the invitation card to Meenakshi and she will be shocked to see the name Abir Kapadia weds Mishti Aggarwal. She will get angry on Mehul and tell him she doesn’t expects he will stoop so low.

Abir will announce that it was his decision to change the surname. Meenakshi will be shattered. Abir will tell Meenakshi that he was the one who asked his father permission to use his surname and he agreed. Now he will officially become Abir Kapadia. Parul will get angry and ask how can he do this and was about to reveal the truth about Mehul when Meenakshi stops her. Meenakshi will tell Abir that if he wants to leave the house, then she wont stop him and leaves. Kunal will see all this and tells Mehul ever since he arrived this house is unhappy. He takes the card from Abir and throws it away. None of them will see the card landing on the lighted lamp in the temple. 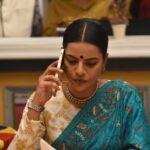 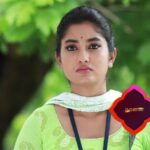 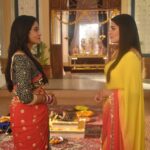 Mann Ki Awaaz Pratigya2: Will Krishna and Pratigya save Meera and her child? 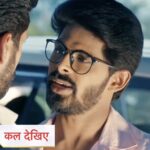 Kuch Rang Pyaar Ke Aise Bhi: Dev and Sonakshi will have another argument.