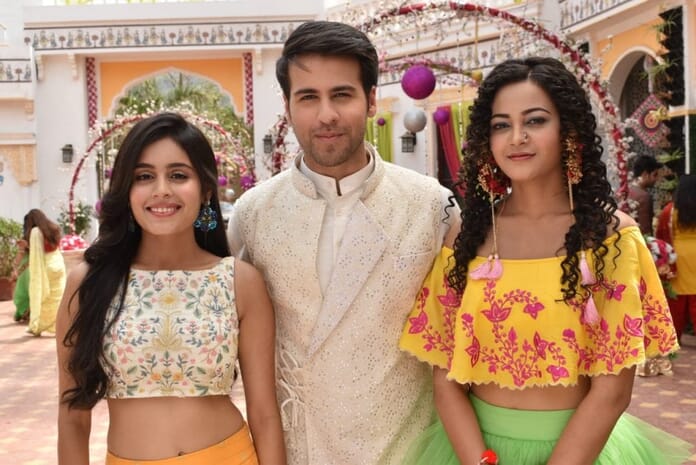 Yeh Rishta Kya Kehlata Hai’s spin-off show Yeh Rishtey Hain Pyaar Ke is certainly going to keep up the legacy of its predecessor as things are spicing up more in the story. Now that there is a double effect of love in the lives of the main characters of the series, the turn of events is getting as intriguing as it can get. In the upcoming episode of the show, we will see an ugly spat between the female leads of the show – Misthi and Kuhu. Kuhu is as always on edge with Misthi but this time the fight sparks because of Abir. As Abir promises a double date with him taking Mishti out and Kuhu with Kunal. The four plan to go on a double date for a fun-filled evening. However, due to some circumstances, Abir cancels the plan at the last moment. It will then spark the fire between the ladies and they will get into a fight about this.

On the other side of the show, Meenakshi has asked Sweta, Kunal’s ex-fiancé to resurface in his life so that she could keep him away from Kuhu. Sweta is back and she will try everything to keep Kunal out of Kuhu’s reach. Now in the coming episode of the show, Sweta’s true feelings for Kunal will be out in the open. She will let him know that she loves him. However, is she truly in love with Kunal still or is she just doing what Meenakshi is asking of her? To know that, you will have to tune in to the show. What direction will Kuhu and Kunal’s newfound bond of love will lead after this? Keep watching for more.

Keep our space abuzz for more.