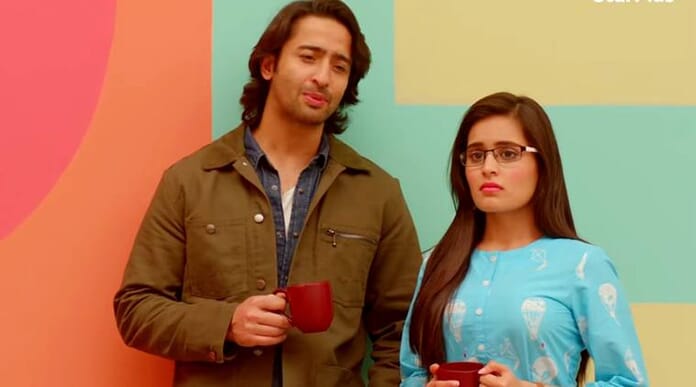 Star plus popular show Yeh Rishtey Hain Pyaar ke is heading towards a major drama with Mehul’ real intentions revealed and Mishti getting suspicious about the same. In the upcoming episode Mishti will ask Pandit if he remember Mehul Kapadia. Pandit will say that he was rogue who defamed Rajgarh. Mishti will say the charges against him wasn’t proved. Pandit will tell her that one runs from either fearing humiliation or punishment. Mehul was already humiliated.

Meenakshi will ask Jugnu to get the addresses of ayurveda centres from where Abir buys medicines for Nanu. Abir will overhear it and will say it is his responsibility and will continue to do so. He will tell Meenakshi that he is leaving the house because she dint give him a choice and he will only trust her when she starts speaking the truth.

Mishti will reach Mehul’s house where he once lived and finds it locked. She will try to push it with her hands but to no avail. Mehul will rush to his house and finds fingerprint on the door and wonders if someone has come. Mishti will get inside the house through a window. Mehul will ask the guy showing Meenakshi pic that if she was the one asking about him. He will say he only heard her voice. Mehul will ask him to search everywhere.

Abir will call Mishti and she lies that she is shopping for curtains with a friend. Mishti will be Disappointed not to find anything. Mehul will realize someone is inside and comes in. Mishti will see him and runs out. In her hurry her Kangan falls on the floor. Mehul will find the Kangan and assume Meenakshi was here.

Abir will meet Kuhu at the boutique and will help her to bring Kunal for Karva Chauth. Kuhu will talk to a guy next to the table where Kunal was seated at a café. The guy will tell her that he will make a feature story of Famous industrialist abandoning his wife on Karva chauth. Kunal will angrily leave. Abir will then come and tell her that Kunal will definitely come to save his reputation.

To know more keep watching the show and stay tuned for more updates.