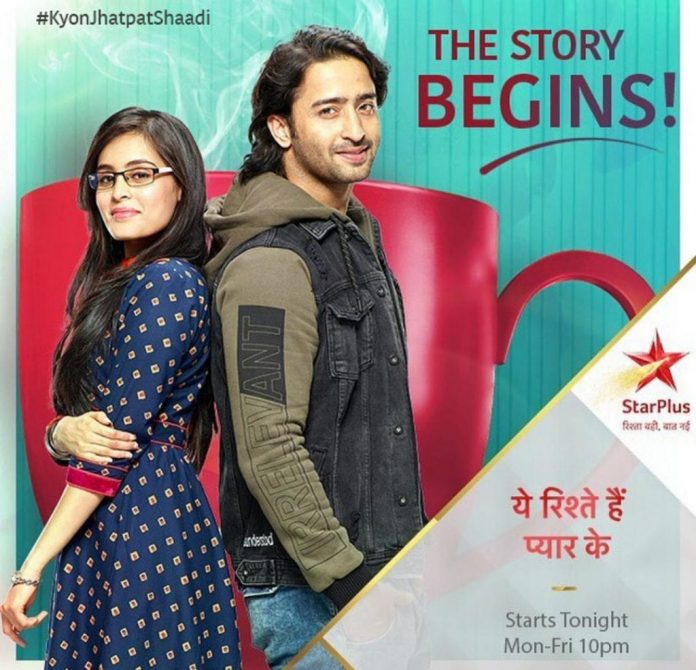 In today’s times where shows close shop every before they completely take off, Rajan Shahi’s Yeh Rishta Kya Kehlata Hai has been a beacon shining through ten years. So, it isn’t surprising that the spin-off Yeh Rishey Hain Pyaar Key comes pinned with expectations. The first episode was aired recently and all we can say is that we are beyond satisfied!

Much to our delight, the makers have managed to strike a balance between the young and the old. Introducing the Rajvansh family, with Rupal Patel playing the matriarch, the show challenges the orthodox practice of a quick engagement and an even quicker wedding. The daughter of the family, Ketki is seen on the run as the family is hell-bent on fixing her engagement on the first meeting itself. On the run, she bumps into Mishti (Rhea Sharma) and Kuhu (Kaveri Priyam), who rescue her and share their dilemma about the same.

As this family drama is ongoing, Mishti and Kuhu are seen on their way to Kutch for the cultural fest. Giving the audience a breather in this high drama, makers involve a quick banter of the siblings and while that lightens the feel, for sure, it is the first rendezvous of Abir (Shaheer Sheikh), the carefree handsome hunk, a wanderer and the eldest son of the Rajvansh family and Mishti which prepares the audience with what their love story is going to be like. Mishti hops on the top of the bus where Abir is busy entertaining the crowd, his ultra-moderness makes her feel timid. She ends up steading him when he is about to fall. Abir certainly feels a connection with the stranger whose painful words, a reflection of her constraint relationship with her family, reminds him of his scar. Here, we have to stop and recommend Shahi’s decision to cast Shaheer for this role. The subtle display of his character’s changing emotions is something not many actors can do on the small screen.

Through those 3-4 minutes in the scene, the nature of their love story is tapped on beautifully. Not to forget, Shaheer’s look as Abir is handsomeness personified. While their character traits are yet to be unravelled, Rhea as Mishti is likeable. Rithvik, too, makes for a dashing younger sibling but his performance seems underwhelming. On the other hand, Kaveri as Kuhu is a complete entertainment package but the camaraderie between the duo did not quite work for us. On the other hand, Shaheer and Rithvik’s camaraderie as brothers is effortless and convincing.

All in all, just like Yeh Rishta Kya Kehlata Hai, YRHPK has managed to balance the family and young together but it is too soon to say if it will be able to leave the same mark. Shahi has presented the story with absolute honesty, simplicity and freshness. The casting is superb. The feel of the show has positive vibes. The show has all the potential to connect with the masses and classes and become a certified hit.