Today’s episode starts with Mishti thinking to stop Mehul and performs the dance to stop her. Ahead, everyone looks for Meenakshi and Abir tells to everyone that he had an argument with Meenakshi thus she left the place. Mehul says he will go and bring her but Mishti interrupts and says Meenakshi doesn’t like her thus they should not wait for her.

Meenakshi calls Rajshri and ask her to perform the ritual without her. Rajshri informs everyone that Meenakshi won’t come. Abir gets ready to perform the engagement without Meenakshi. There, Meenakshi fasten to collect the clue against Mehul.  Kaushal helps Meenakshi.

Mishti looks at Abir and thinks how she will console Abir after Mehul’s fraud will be exposed in front of Abir as he loves his family a lot. Mishti and Abir’s engagement happen. Meanwhile, Mehul escapes from the function. Mishti thinks how Mehul left the place so soon. She thinks to inform Meenakshi.

Other side, Mehul meets Meenakshi. He asks Meenakshi to give him property. Meenakshi ask Mehul to return Abir but Mehul threatens her to give his share otherwise; he will ruin Kunal and her.

Mishti worries for Meenakshi and Abir comes to meet her. Abir ask Mishti whom she is waiting for. Mishti makes a story and further decides to expose Mehul in front of Abir. Pallavi comes with the sweet and ask Abir and Mishti to have it. Mishti ask Pallavi to have too because she love sweets. Pallavi ask how she knows, Mishti says just like that. Other side, Meenakshi shows Mehul Mishit’s kidnapping pictures and asks him if he is scared of these thus getting restless and wants to escape. (Episode Ends)

Precap: Kunal and Abir rushes to meet Meenakshi and stands shocked hearing Mehul and her converstation. 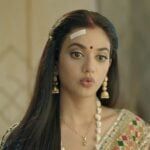 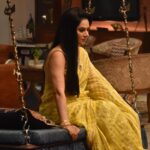 ‘Anupamaa’: While Rakhi creates a drama in the Shah house, Pakhi throws tantrums. 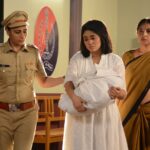 ‘Yeh Rishta Kya Kehlata Hai’: How will Kartik save Sirat? 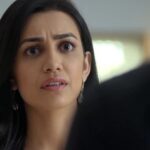 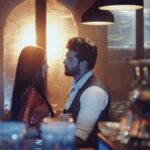