The episode begins with Kuhu gets a call from Varsha about the marriage. She says to Kuhu we all know you don’t like Mishti but that doesn’t mean you will hide such important news from all of us. You didn’t tell us that Abir is getting married to some girl named Neha. Kuhu is not able to hear everything properly but she is shocked to know that they are thinking that it is a marriage ceremony of Abir. She asked her mom what are you talking about there is nothing like that.

Varsha says we have seen the name of the groom at the board in the picture which you posted. Kuhu turns and gets shocked to see the board name and hang up the call saying bye to her mother.

She starts to shout in the venue that the first event of her first project is going to ruin is the name of the groom is wrongly imprinted here. Abir and Neha are talking to each other and he says to her if you love him so much then you don’t need to take tension for anything as you are going to start afresh with him from now on. Abir says I know what dreams you have regarding your marriage and that is why you hired Kuhu for your functions. Neha says nothing like that I just hired her because you insist.

Abir says don’t lie to me, I know after seeing her presentation you only finalized even you know what cook and nobody else cannot. Staff from the marriage venue event comes there and informed that the groom has arrived for the event. Kuhu gets tensed to see that both the groom and bride are going to stand on the stage and the marriage board is messed up.

Neha comes and asks what is wrong with them? Finally, when Kuhu turned back she notices Kunal is standing on the stage and board is fixed already. It took her no time to realize that Kunal saves her for the day. Abir starts and all of them joined him for dance altogether to make the sangeet ceremony more enjoyable and fun-loving.

Parul is heartbroken and cries as she feels guilty for the state of Abir. She says I shouldn’t have come to Rajkot or else nothing of this will happen. Meenakshi comes and says I know I have hurt you.

Parul says is living like a dead body and it is him who has been wronged here. We should ask for an apology from him. Meenakshi says to save him from bigger heartbreaks he has to go through from this minor sadness. Meenakshi says he will never be happy with Mishti and whatever happens is for the greater good.

Abir is missing Mishti and he made a painting but not her painting. At night Kunal entered the room of him and Kuhu. He says who wrote the wrong spelling of the groom’s name? Kuhu gives him a letter which is actually a thank you letter from her. Kunal things there was a time she used to pick fights in every silly topic and now she doesn’t even talk to me directly.

The next morning, Abir is driving the car while Mishti is on the bus stop and and their path crosses with each other again. Abhi feels uneasy and he goes up to see who is sitting at the top of the bus. However before he can notice Mishti the conductor asked him to get down so that they can put the luggage down now. Mishti also misses to notice him when she turns back. She message Ananya that she is in the city now while Abir is going back to his car.

Precap : Abir and Mishti are about to meet at a restaurant again. 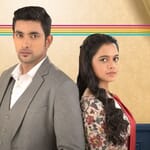 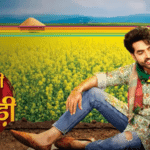