The episode starts with Jugnu telling Meenakshi that Kuhu called her at Maheshwari Mansion to help her with decoration and asks her permission to go. Meenakshi gives him the permission and gives him also a no limit credit card asking him to give it to Kuhu because she wants to pay for everything related to this event. Parul thinks that once Meenakshi blamed her of not considering Abir her son so now she will show her how she fights for this son.

Mishti gets happy seeing the shopping bags. She asks Vishambharnath if he is on her side or Nishant’s. He replies that he is always on her side only. Nishant comes and says it is very mean jokingly. Kuhu asks Jasmeet if it is fine to keep mata ki chunri same for everyone and Jasmeet says that she is fine with everything that others decide.

Just then Jugnu comes and says he is there to help Kuhu. Nishant welcomes him. Jugnu thinks that he is on Abir’s side so he shouldn’t laugh on Nishant’s jokes. He greets Mishti.

Vishambharnath asks Mishti to try her clothes. Mishti leaves. Vishambharnath apologizes to Jasmeet for fixing her son’s alliance without asking her. Rajshri says that it is a good relation for both Mishti and Nishant. Jasmeet replies that Nishant doesn’t know what is good for him or not.

Nishant says that it is for this reason that he needs her support to walk the path he has chosen because he may get hurt and need her. Jasmeet asks him why he should get hurt on the first place. Nishant says that there is no guarantee about getting hurt on the path we choose to walk. Jasmeet tells him that she just wants guarantee of his happiness.

On the other hand Abir is in the bazar and he is missing Mishti despite trying not to think about her. He receives a call from Nanu who asks him where he is. Abir says that he is coming home so Nanu asks him to bring his medicines. Judt then Parul arrives there with Mishti. He sees them and wonders why Parul is meeting Mishti.

Parul apologizes to Mishti for not talking to her properly when she came home last day. Abir gets angry seeing Parul folding her hands in front of Mishti. He rushes to them and asks Parul why she is meeting with Mishti.

Parul says that he doesn’t know what happened and Mishti adds that he doesn’t even want to know. Abir asks Mishti why she is meeting with her family and asks her to go to her boyfriend. Mishti corrects him saying that Nishant is her fiancee. Abir asks her to meet him and not his family because he is sure that she won’t like it too if she meets Rajshri and hurts her. He asks Mishti to stay away from his family because whenever she meets a member of her family their heart breaks.

Mishti replies that she doesn’t want to see her face ever again. She apologises to Parul and leaves. Abir leaves too. Parul thinks that none of them complete whatever they want to say and wishes she could have talked to Mishti and asked her.

Later Abir goes to the hospital to get Nanu’s medicines and sees Nishant talking to the doctor. The doctor asks Nishant to take care of himself since what happened in the party should not repeat. Nishant tells him that it was an accident as someone mixed alcohol in his drink because obviously he would not do such a mistake in front of his family.

Mishti cries and says that she has been so stupid and couldn’t even recognize the man he loves. Kuhu comes in her room and Mishti says that she should have knocked. Kuhu knocks and comes inside saying that she doesn’t want to fight with someone who is feeling weak.

Mishti says that she is not weak. Kuhu says that her kuhuness won’t let her feel weak as well since her happiness got attached with her brother. She asks her to stay away from Abir now that she got a golden opportunity to move on and spend her life with someone like Nishant. Mishti says that she only brought Abir in front of her. Kuhu asks her about the encounter she had with Abir in the market.

Kuhu tells Mishti that Parul called her and wants to meet her but Mishti refuses to meet anybody. Kuhu apologizes to Mishti on Abir’s behalf for the way he is behaving with her nowadays. Mishti says that it is not her fault since Abir is upset with her jist because Kunal is upset with her.

Nishant’s car gets broken down so Abir offers him a lift since there is cabs strike too. Nishant accepts.

Later they are in car and dheere dheere plays. Nishant says that he is planning to dance on this song on his marriage but then stops realizing that Abir may not like it. Abir asks Nishant about his health but Nishant says that he may not want to talk about it. He asks Abir to stop the car as the house is nearby. He thanks Abir for the lift and leaves. Abir wonders why Nishant said that he doesn’t want to talk with him about his health.

Mishti cries and says that Abir doesn’t even want to understand her and whatever there was between her and Abir was a dream, a illusion which broke when she opened her eyes. She thinks that their story finished when Abir tore their wedding invitation and she has been stupid to write him a letter which he ended up tearing too. She wonders why she keeps dragging this story. She recalls her moments with Abir while title track plays. Mishti cries.

Just then she hears Abir’s voice saying that love cannot be forgotten. She turns around and sees Abir there. He tells her that she deserves happiness. Mishti says that she thought he was her happiness but je has gone so far now.

Kuhu confronts Abir seeing him in front of the house. Kuhu asks him why he keeps hurting Mishti. Abir asks Kuhu if Mishti complained with her about him and asks her why Mishti wanted to meet Parul.

Kuhu says that he should have asked Mishti about it and reminds him that he broke Mishti’s heart so he shouldn’t have problems with Mishti moving on. She asks Abir not to talk with Mishti anymore, instead he should talk with Kunal and ask him why he had spiked Nishant’s drink. Abir is shocked to hear it. Kuhu says that Kunal will surely reply that Meenakshi forced him to do so. Abir wants to know more but Kuhu cries and begs him to stop hurting her family and her brother. She leaves.

Abir feels guilty for not listening to Mishti when she tried contacting him so much. He wonders if he is misunderstanding Mishti.
Episode ends

Precap: Abir tells Kunal that a person who mixes alcohol in his wife’s brother’s drink without thinking about the consequences cannot be his brother. Later he finds the burnt piece of the letter Mishti had written to him. 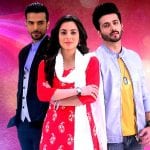 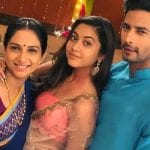 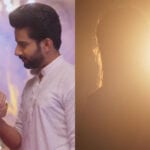