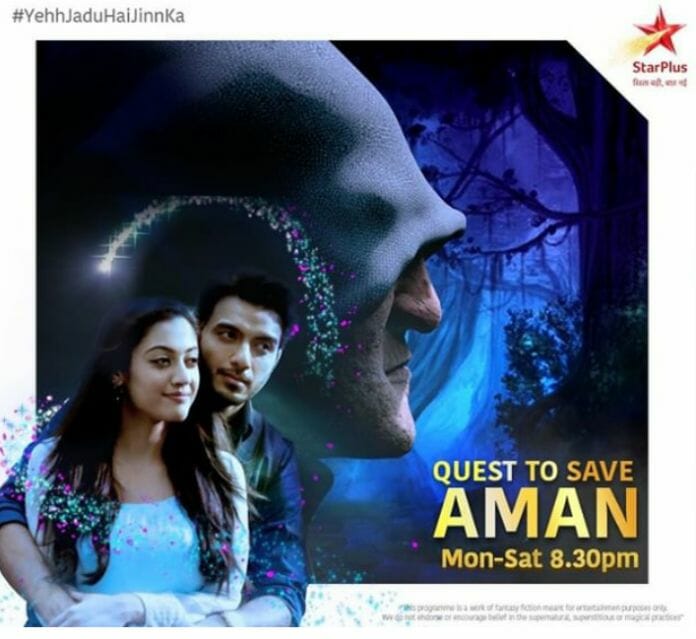 Episode begins with Roshni running away from Rubina and she meets Aman in the way. Aman asks Roshni about herself and Roshni says about everything that happened. Aman says to Roshni about losing the powers while trying to do the eclipse. Roshni shares with Aman that she is trying to run away from Rubina. They planned to run away when Rubina freezes Aman in his place. She says to Roshni I was waiting for 200 years for this day to come.

She tries to take her heart but couldn’t take it. On the other side, their family is trapped by the other jinns and they trapped Shayari and Rehaan in their web and Shayari is trying to get rid of the web somehow. Rubina gets desperate and tries to take away the heart from Armaan thinking that it must be with him. Roshni sings the lullably thinking that can help her in this time.

Other hand, Shayari is able to find her locket which has Zang-E-marmar in it and she sprinkles it on herself and Rehaan and gets rid of the web and also it helps her to make those jinns be away from them and the family as well. As usual as soon as she sings her mother soul came and helped her to get Armaan back and she runs away with Armaan and ends up being in the Ayana corner. Rubina comes there too and says I will do what I want and even if all of you tries to stop me then also you people will not be able to do so.

Aman says to Roshni only three minutes left for the golden sun to set and Rubina says even that is more than enough for me. She comes forward and sees the entire family comes from behind and stand besides Aman and Roshni. Rehaan says we all are with them and you can’t harm us. Rubina says I have a power with which I can stop the golden sun for a longer time and Baby says even you get the illness of being a forgetting machine. You didn’t even wear your ring. Rubina realises her ring is back to Roshni and not with her anymore and Roshni makes the golden sun go away and Rubina screams in the shock of defeat.

The other two Ayaanas come there and asks for an apology from Roshni and takes away Rubina with them. The family reunites with each other and Rehaan and Shayari confesses about each other feelings. They along with Aman and Roshni had a happy ending .